Is it possible to grow the fern house

Fern is one of the most famous plants. His features associated with reproduction of spores and the absence of the usual flowers and dislike of sunlight, gave rise to many legends. Some growers even warn against the cultivation of ferns in their own homes. 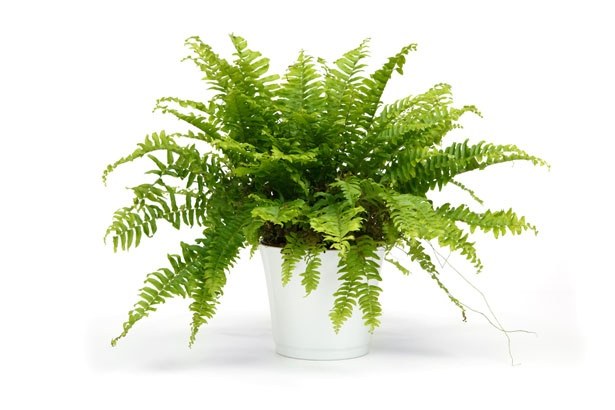 Related articles:
Like all plants, ferns have their fans. The main reason for this adoration is obvious: the ferns — the basis for creating a charming green area, practically independent from solar illumination. Rooms with Windows facing North or shaded canopy of trees, beautifully decorated with greens of various ferns.

The positive effect of fern on the microclimate of the house

Decorative household species of fern out of competition. Maidenhair, delicate foliage which is similar to the girlish curls, is also called "Venus hair". And brilliant green fronds (so appropriately called "leaves" of the plant) of Asplenium, or "deer tongue". Exquisitely beautiful cyrtomium, also known as Holly or sacred fern. Fluffy sprigs davallia, or "rabbit foot", up to 3 meters grow of the scourge Nephrolepis, bunch of green ostrich feathers similar woodwardia. Kind of looks pelley, pteris and especially platitserium, or "antlers".

The name of one of the most beautiful ferns, adiantum, translated as "not oblastwide": drops of water roll off it, and the plant remains dry even after spraying.

It is believed that the fern brings home an atmosphere of peace, tranquility. This fact becomes especially noticeable when the love of the owners to plant, care for him. Legends tell of the extraordinary good fortune of the holders of the non-existent flowers ferns, but other parts of the plant, according to the myths, bring success and even perform the function of a talisman.

The main enemies of potted ferns — drafts, cold, dry air, direct sunlight or excessive light. However, strong shading and dampness can also cause the death of individual species.

The temperature and humidity of air necessary for the prosperity of the fern, best expressed by the formula "warm and damp". Such a climate is not good for all households. In addition, among a variety of allergic reactions exists and allergic to the spores of the plant. Mythology, along with positive affirmations, also contains information about the negative, linking the emergence of plants with setbacks, interest, evil, etc.

It is believed, though unverified, that ferns have the ability to pick up energy. As the "antidote" is recommended to place them closer to the TV. The other, already tested, information indicates the ability of the plants at night absorb oxygen and to provide a lot of carbon dioxide. Not knowing about this feature, you can Wake up with a sore head after a night spent in the company of adiantum, Nephrolepis and other representatives of the fern.
Is the advice useful?
See also
Подписывайтесь на наш канал