Fern – one of the most mysterious plants on the planet. Of course! Who even secretly dreamed about how to find and foil his mysterious flower, bestowing its possessor untold treasures and the ability to understand the language of animals. 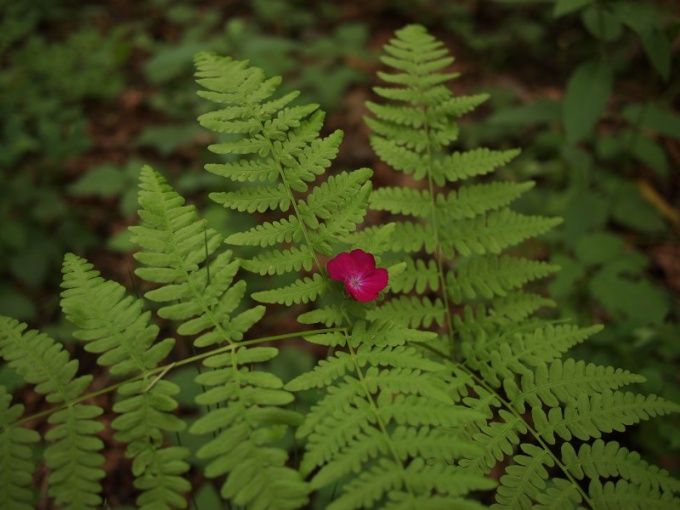 Where and when to look

Heat-color, also known as the flower of the fern, appears in the night of Ivan Kupala. Look for it in a clearing in the middle of a dense forest. And go to one without fear and not looking back. Finding Bush fern, the Braves draw around themselves a circle and waiting for midnight. And the one moment in the year when a flower will Shine with fiery color, you need to rip it and leave. However, it is very difficult, as the devils do everything possible to prevent such intention and intimidate people.


Happy owner of a fern blossom becomes a visionary, acquires the ability to open all the locks, to see underground treasures, to communicate in the language of animals, to become invisible or to alter their appearance. Many have made attempts to find heat-color, but no one did not succeed, as, unfortunately, fern does not bloom. In Ireland, for example, argue that the reason for such bad luck the plants in the curse of St. Patrick.

What the science says

Fern is a spore bestvideo plant family Kochetygova with large, strongly dissected leaves. The fern usually grows in dark damp places. The altitude of this ancient plant can reach 90 cm Feature of ferns is the lack of seeds. Reproduction is carried out using Sori, located on the lower part of the plant.


And because the fern reproduces by spores, the bloom that he can't. Although there are in nature two uncommon species of fern — the most typical and grozdanic who show a kind of "buds" that opens in dry weather. They remotely resemble flowers but are actually sporangia.

The use of fern

Although the fern may not give a person supernatural abilities, all some gifts he had in store. Aqueous extract of the rhizomes is widely used for the treatment of rheumatism. Herbal decoction is very useful in the treatment of cough and for the relief of pain in the joints. Powder prepared from the roots, helps in the fight against intestinal parasites, in addition, it helps to relieve stagnation in the intestine and the spleen. Even fern is widely used in the treatment of malaria, tinnitus, varicose veins, for the restoration of the psyche in case of serious disorders of the nervous system.


Also the fern is a popular houseplant. Grow it is not difficult, just Need to follow a simple rule: the soil must be constantly wet and the air in the room humid enough.

Despite what science thinks the fern the most common plant, sometimes I want to believe that somewhere in the distant forest in the night is a magical fire lights up the heat-the color, leaving people at least the opportunity to find it and become part of mysterious ancient legends. And let botany-boring skeptics assert that the fern does not bloom, and corny breeds disputes. How can that stop the miracle?
Is the advice useful?
See also
Подписывайтесь на наш канал