Where is the city of Izhevsk

In 1760, by order of count Pyotr Shuvalov and with the personal permission of the Empress Catherine II on the shores of the non-navigational uses of the river IZH was built by the Izhevsk iron-making plant. For production service nearby the settlement was established, intended especially for workers and their families. This small town started the development of the future capital of the Udmurt Republic. In 1807 on the orders of Emperor Alexander I in the place of the Izhevsk ironworks laid the Armory. The status of a city of Izhevsk received in 1918. 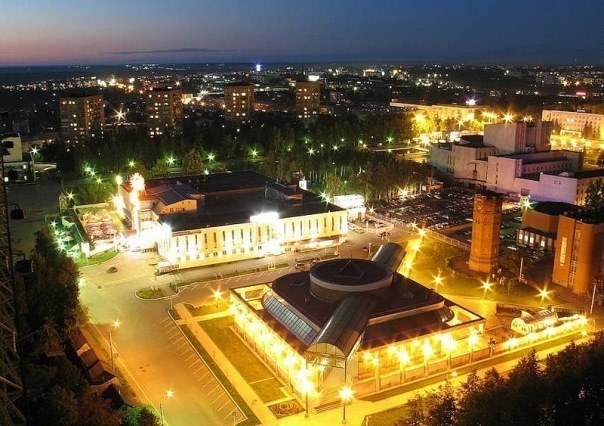 Where is Izhevsk and how to get there

Izhevsk is a big city, which is located on the banks of the IZH river, in the area between the Kama and Vyatka. The city removed the minimum distance from some of the major centers of Volga region and Ural. The distance to Moscow is around 1129 miles. Izhevsk is the major transportation hub of the Udmurt Republic, as it is situated at the crossroads of automobile, railway and air transport

The capital of the Udmurt Republic included in 20 largest cities of Russia and is an important cultural, economic and industrial center of our country.

The most affordable way of travelling in Russia is rail transport. The main gate of the capital on the right is the station of Izhevsk, this is where guests arrive from different regions of our vast country. In addition to this station, Izhevsk and serve the other two – Pozim and factory, but they are focused on the commuter train.

In Izhevsk, near the village of Zavyalovo, there is the same airport, the only in Udmurtia. The airport operator is a company Izhavia, which provides regular direct flights to Moscow, Yekaterinburg, and the Northern capital, as well as seasonally in Sochi and Anapa. In early 2013, in the framework of the national project on the development of regional aviation, from Izhevsk airport travel flights to Samara and Kirov.

A car is one of the most convenient ways to get to Izhevsk. Via the city motorway E 22, and three major highways: route Izhevsk – Yelabuga, Izhevsk – Glazov, Sarapul-Izhevsk. The city is connected by bus with many cities and settlements of the Volga region, in particular such as Ufa, Kazan, Orenburg, Yekaterinburg, Samara and Chelyabinsk.

What to see in Izhevsk

Whether you arrive in Izhevsk, will be something to see. The city has preserved many monuments of history and architecture and modern attractions. Of course, the most famous sites of the capital belong to the Armory of the city's history. For example, on quay of the Izhevsk pond stands a monument to the founder of the arms factory of A. F. Deryabin, and Arms, you can see the monument dedicated to the masters of arms, who created the glorious history of this city. In Izhevsk installed and the only in Russia monument to Mikhail Romanov and even has its own so – called Kremlin Arsenal building. And on the main city square you can admire the Opera theatre, sculptures and Singing fountain. Major religious buildings of the city are Trinity Church and the Alexander Nevsky Cathedral. All, without exception, will be interesting to visit the legendary factory "Izhmash", which produces cars, motorcycles and firearms

The history of Izhevsk machine-building plant is inseparably linked with the name of M. T. Kalashnikov, the Creator of small arms, particularly the AK-47, which was developed by dozens of weapons.