What is the ammeter 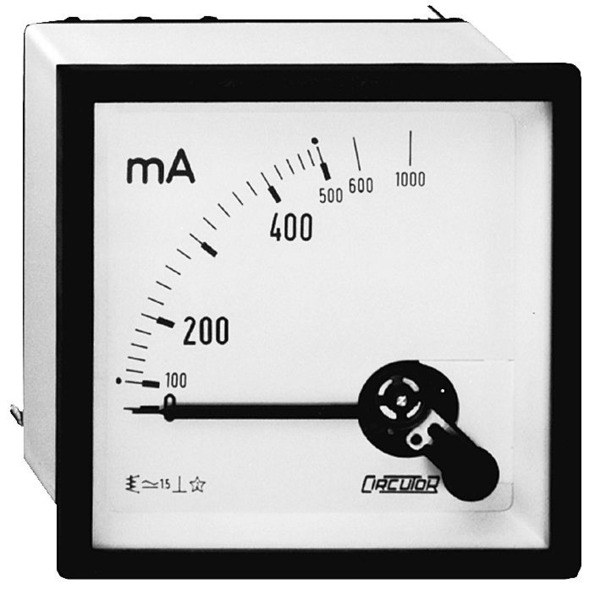 Related articles:
The device which measure the power flowing in the circuit current is called the ammeter. Because the values, which gives the device (amperage) depends on the resistance of the elements inside the ammeter, it should be very low.

The internal structure of the ammeter depends on the purpose of use, type of current and the operating principle.

There are ammeters, which react not by resistance of the conductor and emitted by the heat or magnetic waves.

Devices that respond to magnetic phenomena (magneto) is used to measure currents of very small values in circuits with DC. Inside them there is nothing superfluous, except for the coil connected to her pointer and scale with tick marks.

Unlike magneto, they can be applied for networks with alternating current, often in chains for industrial use with a frequency of fifty Hertz. Electromagnetic ammeter can be used for measurements in circuits with a large current.

Used for measuring AC current with high frequency. Inside the device installed a heating element (the conductor with a high resistance) thermocouple. Due to the flowing current heats the conductor, and a thermocouple records the value. Due to the heat rejected frame with the arrow at a certain angle.

Can be used not only to measure DC current, but AC. Due to the features of the device, it can be applied in such networks, where frequency is two hundred Hertz.

Electrodynamic ammeter is mainly used as a check meter to check the devices.

They react strongly to third-party magnetic fields and on overload. Because of this, as the meters are rarely used.

Very reliable devices, which have high strength and little exposed to magnetic fields that occur not in the device. Such ammeters are installed in automatic control systems as the recorders.

It so happens that the scale of the instrument is insufficient and it is necessary to increase the values that should be measured. To achieve this, use the bypass (conductor with high resistance joined in parallel with the device). For example, to set the value of one hundred amperes, and the unit is only rated for ten, then attach the shunt, whose resistance value nine times lower than that of the device.
Is the advice useful?
See also
Присоединяйтесь к нам
New advices