How to use a voltmeter

The volt meter is called electric measuring device that is used to determine the voltage at any part of the chain and the two poles of the source. Many people know about voltmeters from school, but few know how to use them – despite the fact that it is a pretty simple task. 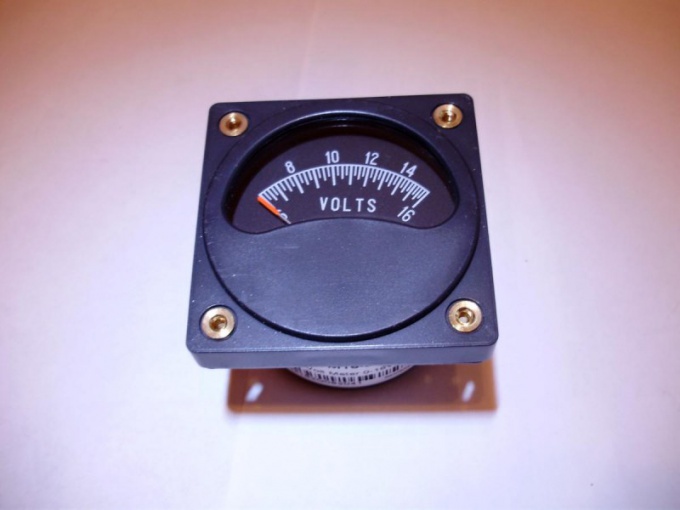 All about the voltmeter

Outwardly resemble voltmeters ammeters. They are connected in parallel with the power source and allow to measure the voltage in electrical circuits by direct counting. In an ideal voltmeter should be infinite internal resistance, because the higher it is, the less the voltmeter will affect the measured object – hence, the more precise will be the indicators and diverse areas of applications.

Using the voltmeter, in spite of its similarity with the ammeter, is somewhat different from the use of the ammeter.

Voltmeters are divided into actions on Electromechanical and electronic devices. The group consists of Electromechanical voltmeters, electrodynamic, electromagnetic and magneto-electric device and the group of electronic – digital and analog voltmeters. Use the voltmeters are pulsed, selective, phase-sensitive, selective, and also to measure AC and DC. The construction and method of using voltmeters, divides them into portable, panel and stationary devices.

Work with a voltmeter

Unlike the ammeter, which is consistently included in the circuit, the terminals of the voltmeter is connected to certain points of the circuit – namely, to those between which you want to measure the voltage level. This type of connection is called parallel. When it exhibited the desired range of the measured current and is of dimension itself. The measuring range of voltmeters able to measure how nanovolt and kilovolts.

When working with current and the voltmeter it is necessary to observe all safety rules – even at the minimum voltage.

If the voltmeter operation is performed incorrectly, the unit will fail rather quickly, so you need to know how to repair it. First and foremost, the voltmeter needs to be opened with a screwdriver and make sure that it is a fault that is indicated by such symptoms as lack of balance, rubbing, measurement error and failure to return the arrows to zero. Balance settings used the soldering iron, through which the antennae of the arrow is applied to the solder to return it to zero. Errors in the measurements eliminated using the resistor, and the rubbing is removed, a thorough cleaning of the magnet and ring voltage. To repair yourself is possible only analog voltmeter – digital model it is better to repair from the professional craftsman.
Is the advice useful?
See also
Подписывайтесь на наш канал