What does the inverted cross

The inverted cross is very popular in mass culture. It is considered to be rebellious, often even satanic symbol, a sort of new trend among "licentious" youth. In fact, the situation is not quite so. The inverted cross has a very rich history. 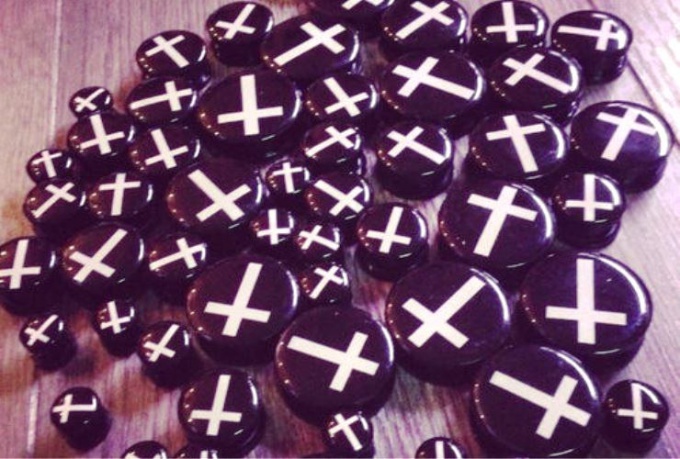 The appearance of the symbol

According to biblical sources and traditions of Christians after the Apostle Peter founded the Christian Church, is actually heading it, the Roman authorities began him to hunt, believing that the new sect, and the man in charge of it, threaten the existence of Rome.

The story goes that when Peter was caught and wanted to crucify him, he asked the executioners to nail him to the cross upside down because he considered himself unworthy to die as Jesus Christ, from which he thrice denied. The Romans complied with the request of the Apostle, and he died on the cross, nailed upside down. Because Saint Peter was the first head of the Christian Church, the inverted cross has become a symbol of the papacy.

The inverted cross and satanic

The cross of St. Peter would not have had such popularity in the mass culture, if not Satanism. Various satanic sects invented for the characters, not thinking about how to use the papal sign of the cross of St. Peter. The situation changed in the 19th century when it became fashionable various esoteric teachings. Some meetings of Satanists began using the inverted Latin cross as a symbol of their renunciation of the teachings of Jesus Christ (three times Peter denied Jesus, when the Romans asked whether they are familiar).

Emerged on the basis of the ancient pagan cults and Christian mythology, Satanism was a reaction to the Christian fundamentalism of the middle Ages.

The use of the symbol in the 20-21 centuries

In the 20th century Satanism from the group of religious sects has become a subculture, far from religion, but abundant external trappings. Along with the inverted pentagrams, symbols of Baphomet and the goat heads nonconformists, depicting the Satanists borrowed and the cross of St. Peter. He gained popularity and was spread around the world in the form of pendants, earrings, images on t-shirts and hoodies that you can buy almost everywhere.

In Catholicism the cross of St. Peter continues to be used as one of the symbols of the Pope. This cross is decorated, particularly the papal throne.

In addition, using different combinations of inverted crosses or crucifixes with inverted pentagrams, goat heads and other traditional satanic cults signs. Such combinations do not bear the special meaning and used more as a provocative external attributes.
Is the advice useful?
See also
Подписывайтесь на наш канал