That black spots on the face can not squeeze in, know everything. However, almost everyone sooner or later experiences almost irresistible attraction to get rid of this trouble in such a simple way, hoping to solve the problem once and for all. In reality, the squeezing of comedones only aggravates the situation and so as not to harm the skin even more, you should understand what are actually comedones. 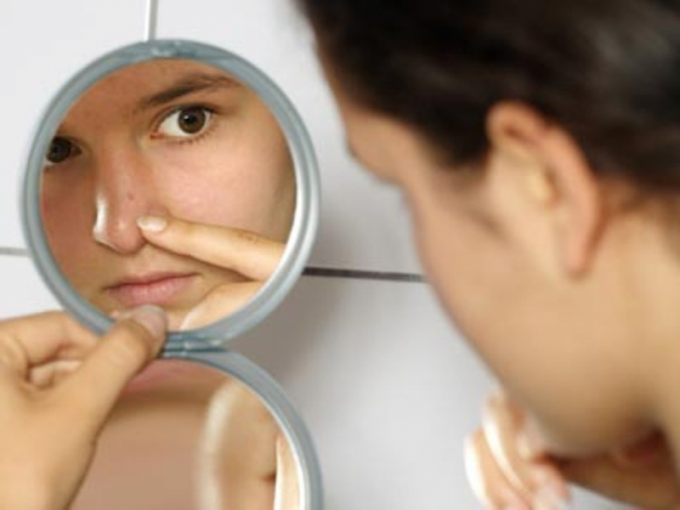 Where did the name

The term "comedones" comes from the Latin comedones, so the other spelling of this word is "comedones" is not entirely true. They are denoted by the black dots on the human body, resulting in enlarged hair follicles of the epidermis, lag dirt. Dirt this consists of dead skin flakes and dust, which readily breed bacteria that can cause quite severe inflammation. Most often blackheads can be detected on the face, especially around the nasolabial part, back, chest, neck and shoulders. In rare cases black spots can occur in the underarms and groin.

Blackheads differ among themselves in two types – closed, so-called belogolovaya, and open – chernografitnye. Closed comedones can be identified by the semi-circular nodules located in the deep layers of the epidermis, thin skin closed and filled with a viscous substance, white or yellowish. Over time, the secret is stored and one day can break out the comedo turns from closed to open. It is manifested by darkening it caused on one side by sohranenie secret, on the other hand oxidation.

In the middle ages there was a belief that blackheads are actually miniature worms. For the treatment of skin smeared with honey to lure the worms out.

The impetus for the formation of black dots can serve as a metabolic or hormonal imbalance, usually occurs in adolescence. We can say that every first child at the age of 12-14 years sooner or later confronted with the comedones. They often appear together with acne – teenage acne, and sometimes themselves become the cause of Acne vulgaris.

Why not to squeeze blackheads

No matter how great the temptation to squeeze out the comedones, to give it is impossible. If tampering part of the secret will come out, and penetrate deep into the skin, thereby creating a hotbed of future major inflammation. The body perceives the substance as a foreign body, will try by all means to get rid of it, the result of such attempts will be dark spots and scars.

Comedones are best removed from a professional cosmetologist. If the black dots were added to the pimples in this case you should contact the dermatologist.

Absolute protection against the formation of comedones exists. However, to reduce the risk of their occurrence can be a regular skin cleansing tool, the pH of which does not exceed 5.5 and the revision power, rejection of fatty and sugary foods, and appeal to the specialist for advice on the prevention against the appearance of comedones.
Is the advice useful?
Подписывайтесь на наш канал