What do you mean polygamous male

They say that all men are polygamous. This phrase means that the representatives of the stronger sex can't love one woman and is frequently addicted to others. However, before this expression had a slightly different meaning. 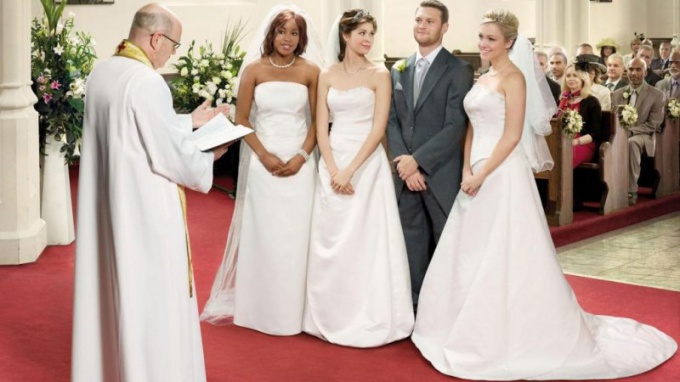 Polygamy — polygamy, marriage where one party has multiple partners.Most often, a man has several wives. In the modern world polygamy is widespread mainly among Muslims and Hindus, as well as in some African countries. But polygamy is mentioned in the old Testament.

Historically, polygamy was the privilege of the nobility: the richer a person is, the more wives he could have. Arab sheikhs and the Chinese emperors in addition to wives and countless concubines.

So who is he polygamous male? Men like to write off their numerous love Affairs and infidelity "polygamous", supposedly inherent in their nature. But nature cannot create different priorities of females and males of the same species. Then it turns out that women are also polygamous?

In the modern world the concept of "love" and "sex" are not identical concepts. Nature is not predetermined, in which the marriage is polygamous or a monogamous man should live. People fall in love, get married, raise children, because it brought them social conditions of modern society.

The well-known slogan: "the Family is the cell of society".

European man chooses monogamy because it is accepted in the society in which he lives. And if in the middle ages in European countries, marriage was purely for practical calculations, in the modern world marriages are made (in most cases) love. But how then to explain her husband's infidelity and love affair on the side, which trap the majority of marriages today?

It's not in a polygamous nature of men, and in his psychology and morality. If man is essentially polygamous, so sex for him is more important than love. More attractive just sex with different partners. He is free in his choice. It is his right. Such a man should not marry and start a family. But as the foundations of society forced him to marry and be a good family man, he is forced to do it purely for practical reasons.

In such marriages the cheating husband no end.

If a man is monogamous, he chooses one. For him love and sex is one concept. So he was raised by his parents, such a relationship was around him in real life, and he will give it to your children.

Polygamous male is a myth. It all depends on social norms and attitudes in society, the family. An important role is played by religion In most Muslim countries polygamy is accepted. But again, this happened historically and it has become a social norm and Way of life that evolved in Muslim families for a very long time, allows to coexist numerous wives. Unshakable Muslim rules and traditions keep order and peace in these families. But this in no way says about the nature of polygamous Muslim men. It's just another community of people.
Is the advice useful?
Подписывайтесь на наш канал