Where did Eugenia Feofilaktova (Guseva)

Eugene Feofilaktova was one of the brightest participants of the project "Dom-2" on TNT. The girl lived in the house "where they build love" for several years. During this time, Jack not only matured, but also made adjustments to their appearance by making plastic surgery breast augmentation. Eugene scored more and complex character. To win her heart was no easy task for fans. The care girl project was a big surprise. 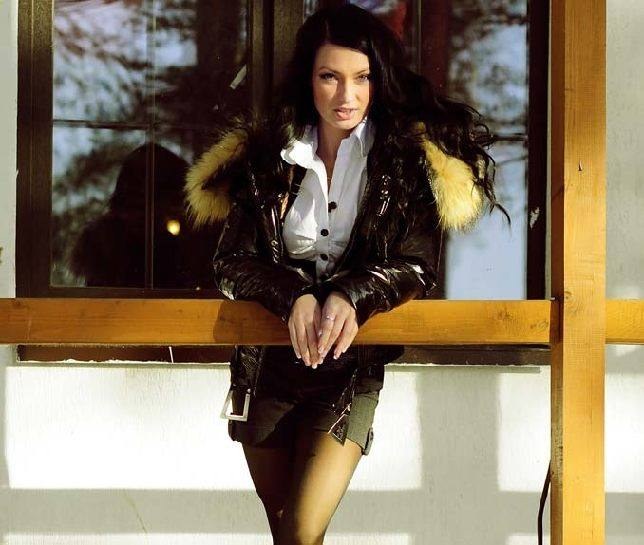 Lifestyle, attitudes and behavior Evgenia Feofilaktova on the project "Dom-2" is clearly indicative of the fact that a girl is quite materialistic in choice of friends and men. The prosperity of the chosen one and his appearance are the main qualities that Jack was looking at Cavaliers. That is why for long time viewers of the show and fans of Feofilaktova doubted the sincerity of her feelings towards ordinary fitness instructor, Anton Gusev.

The novel is Zhenya and Anton ended with a solemn ceremony. Shortly before the birth of his son, the couple suddenly left the project. The main reason for this decision calls Eugene a negative atmosphere on the show – the constant interference of the parties in its life, the envy and ridicule. The girl considers this situation incompatible with the upbringing of the child. After a stay in the Dominican Republic Zhenya said about retirement. To persuade the couple to remain no one, and parties Packed my bags and left the project area.

Eugene Feofilaktova no plans to say goodbye to the TV. The girl is going back to the fans as the presenter.

At the moment, Eugene and Anton Huseby living in a Moscow apartment, where he moved immediately after the project. The main source of income is their own online store. Zhenya additionally sells cosmetic products.

According to the girl, she is not experiencing difficulties, and family life bring you only joy. The couple is actively engaged in the arrangement of the apartment, and in the near future to look for work in a hurry. Eugene has been closely involved in the life and upbringing of the child and Anton is waiting for real profitable and promising proposals. Jack supports her husband.

Online store the pair began to develop, while still on the project. Now on the pages of the site you can find thousands of products for children. However, according to the active users of the Internet, prices Zhenya and Anton slightly overpriced. This topic is discussed rather actively.

Jack followed the example of the enterprising members of the project. Online shopping has opened the Eugene cousins, sisters Kolesnichenko and Gleb Klubnichka.

On the pages of social networking Eugene constantly shares news of his life - puts pictures with the baby, sponsored posts and a lot of personal photos. The material shows that the girl is happy and enjoying his new life. About the project "House-2" it is not bored and even, on the contrary, expressed negatively.
Is the advice useful?
Присоединяйтесь к нам
New advices