Why Ksenia Sobchak left the House-2

6 Jul 2012 during the evening television Ksenia Sobchak said goodbye to the participants of the TV project "Dom-2" and forever left the area. Care TV presenter has caused a storm of emotions from the participants. Sticks itself Ksenia. 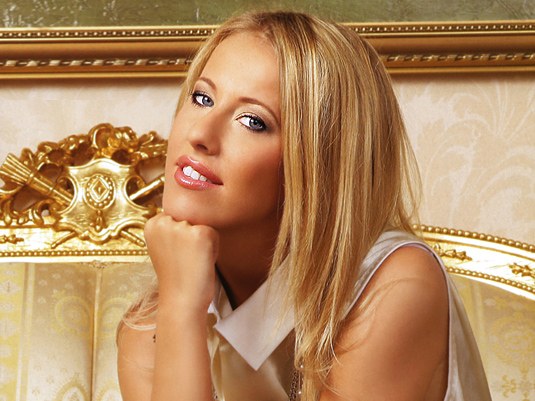 Kseniya Anatolyevna Sobchak was unchanged leading reality show "Dom-2" in 2004. During this time, the house changed a lot of participants, and there was a different event, but always consistently transfer began with words of welcome Xenia anatolevny.

His departure Ksenia Sobchak explained quite simply. She long ago came to the conclusion that all told his audience, therefore, must go further. If you do not constantly strive for new heights and evolve, the day comes when slowly but surely sliding back.

Eight years Ksenia Sobchak in the lead, did not pass unnoticed. Ksenia said that learned a lot from the participants of the project and leaves it a completely different person. Each participant presenter at parting, said kind words and wished success in later life.

In his Twitter Ksenia reported that they did not extended the contract with the television project "Dom-2". She also stressed that this decision took quite a long time and thanked everyone who worked with her for a long time. Thanks were made to all the technical staff of the reality show "Dom-2", co – host Ksenia Borodina, who came to the project with Ksenia Anatolyevna Sobchak and Olga Buzova, joined them from among the participants much later, and TNT.

The head of the public relations Department NTT Valentina Kiselev told RIA "news" that the replacement TV presenter Ksenia Anatolyevna Sobchak they are not yet looking for. Though rumors of the place Sobchak has a lot of contenders, including a participant of the TV project "Dom-2" Vlad Kadoni and well-known singer and TV presenter Vera Brezhneva.

Alexander Navalny is a well – known opposition leader commented on the care Xenia anatolevny with his characteristic sarcasm and told journalists that Sobchak left the reality show after completing the requirement of the organizing Committee of protest actions", which would forbid her to go with the poster.