Real name Olesya Malibu – Olesya Kozhevnikova. The girl was born in Queen city, studied at the correspondence Department of the economic faculty and worked at the Agency for the sale of real estate. Until recently, Olesya was also a model. At the moment, the girl often appears on television and is one of the most controversial representatives of the fashion business. Fame has brought her constant experimentation with appearance and scandalous. 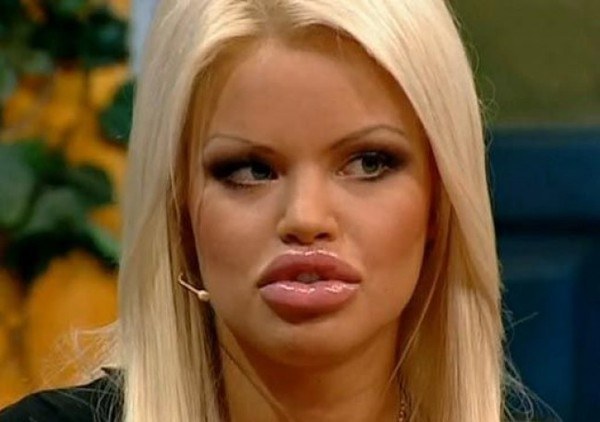 The beginning of the experiments

Now looks Olesya Malibu is causing a lot of controversy, criticism and admiration. Looking at pictures of a young model, you can see a nice and cute girl-blonde. However, the image of her idol Pamela Anderson, is so charmed by her that she decided to turn into a kind of foreign diva in the literal sense of the word.

Mother Olesya Malibu fully supports all the actions of his daughter in the field of experiments with appearance.


The second bust Olesya Malibu increased immediately after school. Result the girl liked it, but the experiments have not ended. While Olesya stopped at the sixth bust size that does not consider the limit of perfection.


In addition to the chest the girl was twice her lips pumped with silicone. With 18 years of age Olesya Malibu did several surgeries and many plastic surgeries that have transformed the once sweet blond schoolgirl dramatically. Even though the model considers himself the standard of beauty and sexuality, and considers the criticism of envy.

In recognition of Olesya, money on most of their operations she received from wealthy admirers.

Porn-magazines Olesya was even after the first experiments with the appearance. Beautiful blonde with the fourth size of the chest just like the readers and become popular in narrow circles.


Alias "Malibu" Olesya took no accident. Her favorite movie is the picture with Pamela Anderson in the title role – "Baywatch". It is from the film's title is taken unusual name Malibu.

One of the projects visited by outrageous Olesya became the reality show "Dom-2". Despite the fact that the girl thinks he is perfect, the male half of the project were subjected to appearance Olesya harsh criticism, after which the subject's eye filled with tears.
Due to the lack of a warm welcome Olesya stayed at the "House-2" just a day. From the events the girl has not learned any lesson. Her further participation in programs and shocked the leading, raised the ratings of programs and glorify the very Olesya Malibu.

Olesya Malibu and "let's get married"

In the program "let's get married" Olesya participated twice. Both attempt to find the satellite was a failure. The first time a girl chose the main member, and the second coming of the chosen man simply refused to answer Olesya reciprocity.


The list of projects visited Olesya Malibu, is not limited. The girl was repeatedly invited as a chief participant of the show dedicated to plastic surgery, about her to withdraw the reports and publish the interview. Olesya can be seen in such programs as "Scary beautiful", "Talk show", "facelift" and many other popular shows.
Is the advice useful?
Присоединяйтесь к нам
New advices