Why not cow milk to children till year

That should not give milk to children till year, said in the 18th century. And there are a number of reasons. However, until now physicians propose to introduce this product as a feeding babies. Modern proponents of natural parenting and advanced pediatricians consider it unacceptable. 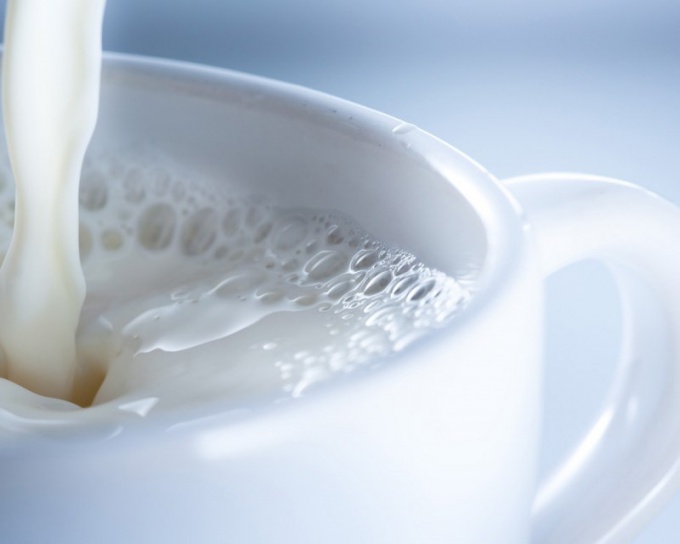 Related articles:
Cow's milk is a product that is loved by many. Yes, and it is rather difficult to imagine the life of modern humanity. Porridge, pies, cakes, sour cream and other dairy products are often based on cow's milk. Is a lot of those who very strongly criticized the milk from the cow for his excessive fatness, satiety, etc.

Agree or not with the potential harm korovavala milk for the human body, it is everyone's business. However, we can confidently assert only the fact that children up to years this product is better not to use. And there are quite a lot of reasons.

Reasons why you should not give milk to children till year

First and foremost, and this is the main reason, milk of each animal, including human, designed for the specific needs of his young. And it is not suitable for other species. For example, it is worth remembering that calves grow much faster human babies. This means that in cow's milk has more nutrients, which are essential for rearing a healthy calf. The digestive system of a baby with such a load would simply fail.

Especially it is not necessary to experiment not children who already suffer from birth problems with the gastrointestinal tract. For them, this fat and rich in protein product can become rather severe test.

Another reason lies in the fact that the cow belongs to a class of herbivores, man is an animal of prey. This means that the two species – cows and people – a completely different arranged of the enzyme system. Composition, amino acids and much more that is important for the development of a calf and the baby, different. For example, in cow's milk is 3 times more protein than human breast milk, at the same time more and different minerals. The excess of such substances leads to excessive load on the body of a baby, because for the withdrawal of the excess kidneys of the baby start working with double and sometimes with triple force. Accordingly, the body wears out faster.

Cow's milk is not enough iron, which is very important for full development of the child.

This item can be considered controversial because the milk does not usually give to replenish the body's iron deficiency. Should just consider this fact and further provide the child with a normal iron.

For cleavage enzymes from cow's milk the child requires a lot of energy. Moreover, if the body mistaken, and will accept the alien for it for their amino acids, it is fraught with the development of Allergy and its manifestations in the form of atopic dermatitis, diathesis, etc.

Due to the fact that cow's milk is for baby is a heavier product, it is a long time to digest, and often leaves in the intestines and undigested particles. They are known to be quite aggressive effect on the intestinal mucosa. The results are constipation, bloating, or, conversely, diarrhea.

Experts say that intestinal mucosa of the child is able to neutralize the aggressive effects of protein at the age of 1.5-2 years.


What is the consequence of the intake of cow milk.

Of course, not every child can give a response to korovavala milk. And if some processes are deep inside, it does not mean that it is possible for them not to pay attention. Just keep in mind that overreliance on cow's milk to children under one year can lead to quite serious problems.

For example, physicians are known cases of child diabetes type. Additionally, it may develop gastrointestinal bleeding due to overstretching of the bowel at the time of digesting such a heavy product.
Is the advice useful?
See also
Присоединяйтесь к нам
New advices