Many pregnant women perceive ultrasound only as a way to determine the sex of their unborn child. Typically, ultrasound technician are already at the first visit, the patient tries to satisfy her request. He is intently looking out what's hiding between the legs from an unborn baby. However, not everyone knows that in making a physician a verdict likely the possibility of error. 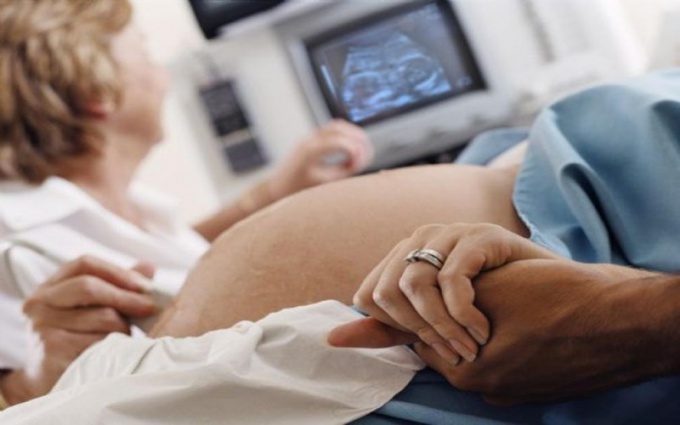 How accurate is the method of ultrasound to determine the sex

Unfortunately, an absolute guarantee that you have a baby that is the gender that predicted doctor does not exist. The results of studies of physicians, method of ultrasound to determine the sex of the baby can be truthful no more than 90%. Errors do exist, however, they have a logical explanation.

The main reasons for the ultrasound can be wrong

There are several main reasons because of which the ultrasound for gender determination can be wrong. These include:
- too small term of pregnancy;
- the last weeks of pregnancy;
equipment ultrasound;
- the experience and expertise of the ultrasound technician;
- reasons that depend on the child.

So, the first reason is the early pregnancy. The first ultrasound is usually performed at 10-13 weeks of pregnancy. While it is prescribed, and all other study - not to determine the sex of the baby. The doctors there are more weighty reasons "to Shine through" just a little fruit at this time. And as a pregnant woman can't wait to see what color she buy vests, even in such a small period of time the doctor is trying to determine the sex of the unborn child. And how do you think he can see?

In the early period of pregnancy the fetus is still so small that when determining its sex is easy to make a mistake.

It should be borne in mind that the genitals are still very tiny man begin to form for another 5-6 weeks pregnant, and this process lasts up to 12 weeks. The 12-13 week period of pregnancy his genitals already are in some way different, but still very slightly.

The second reason is last week of pregnancy. It would seem, is the third of the mandatory ultrasound the doctor will be able to answer accurately, exactly who soon will be born. But it is not. On the contrary, at this period of pregnancy to determine the sex of the baby even harder. Although the organs of the baby is already well formed, the fetus is now too big. And because of their large size, he has so conveniently located in the womb, that sometimes the doctor is difficult to see his primary sexual characteristics.

Sex determination using ultrasound visualization is based on the girls labia and in boys - penis and scrotum.

The following reasons, which may occur due to error in determining sex of the baby - ultrasound apparatus and so-called human factor. More often than not is err not very experienced ultrasound specialists. However, if the doctor has long worked with pregnant women, such errors should not occur. It is also worth considering the quality of the equipment. If ultrasound technology is already old, it does not usually is reliable, but the new, modern machines give more accurate results.

Finally, much depends on the baby. Sometimes the girls may experience swelling of the labia (this is not a pathology and it completely is), which in this case resemble a scrotum. The boy can squeeze the legs, thereby hiding their genitals, and become like a girl. Also could be mistaken for a penis finger girl and introduce parents astray.
Is the advice useful?
See also
Присоединяйтесь к нам
New advices