Mushrooms are considered a delicacy and one can prepare a lot of delicious dishes and great snacks. Many people know that it is a source of valuable plant protein, but due to its beneficial properties, mushrooms can be used as drugs. 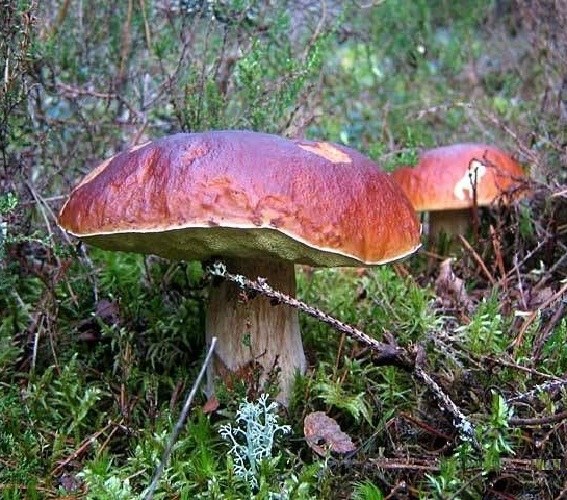 In mushrooms, in addition to protein, contains all the ingredients necessary for the normal functioning of the body: carbohydrates, fats, minerals and vitamins. The main part of the mushroom is water, depending on the species, its amount may be from 84% to 94%. The bottom line contains more than half of nitrogenous compounds, most of which – about 70% protein. Fat in mushrooms is only about 0.5%. To carbohydrate compounds that are found in mushrooms, is glucose, SharePort mannitol and the sugar is trehalose – specific natural sugar which is found only in their composition. Cellulose, as such, no mushrooms, but instead they have a special ingredient – fungin, according to his absorbent and cleaning effect on the body similar to fiber.

Mushrooms are perishable products and must be recycled and used in food within 1-2 day after it was collected.

From minerals, which account for about 1% of their weight in mushrooms can be found potassium, iron, phosphorus, chlorine and zinc. There is also a lot of vitamins. There carotene, a plant version of retinol – vitamin A and vitamins B1 and B2, C and PP. The content of vitamins in different types of different fungi, most "fortified" is chanterelles. By its nutritional value mushrooms also different, it depends on the age of the fungus – the most valuable in this respect are the young mushrooms. Even different parts of the mushroom have different nutritional value – a hat, preferable legs.

The healing properties of mushrooms disappear when cooked, so salting them better cold.

Medicinal properties of mushrooms that can be consumed in boiled, fried and dry, largely due to their chemical composition. Their not the edible variety – mold fungus is grown in artificial conditions and used for the production of antibiotics: penicillin, biomitsin, and through which many previously considered fatal, the disease moved into the category of cure.

Even old edible mushrooms dangerous by the presence of products of protein breakdown, which may cause poisoning.

Edible mushrooms are also used in folk medicine. Extract from the caps dried mushroom is used in lotions for frostbitten areas of the body. Poisonous mushrooms in small doses have a therapeutic effect. About mushrooms – an excellent laxative and an emetic, which is used for the treatment of gastrointestinal diseases. Peppery mushroom treated kidney disease, tuberculosis and lung diseases, deadly poison pale toadstool in the microscopic doses used for the treatment of cholera. Rheumatism can be treated with alcoholic tinctures of red mushroom that contains poisonous substances muscarin and muscardin and substance muscarin, acting as an antibiotic that increases the activity of the endocrine glands and have the ability to increase overall body tone.
Is the advice useful?
Подписывайтесь на наш канал