Where to go for football

Football is the most popular game on the planet. Pele, Diego Maradona, Lev Yashin, Lionel Messi, Cristiano Ronaldo... Their names are known even to those who are not fond of this sport. It is not surprising that hundreds of thousands of boys dream to have football sections. 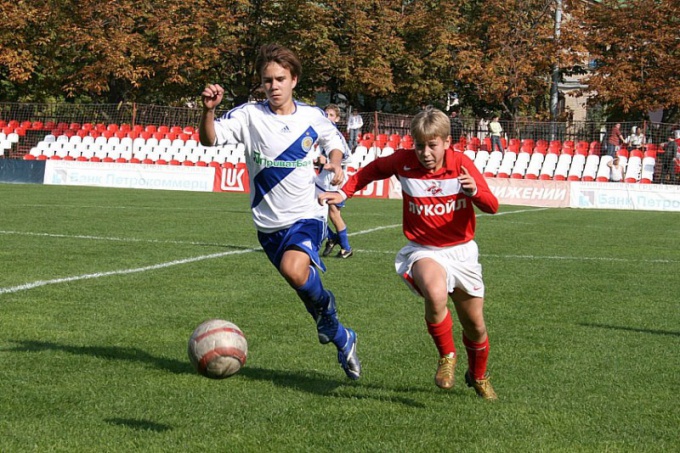 Related articles:
Instruction
1
The most ambitious parents who believe that their children will become real professional players, you can send a child to a children and youth football school of CSKA. It's the army thing organized better, work with children known in the past, the players, and classes are held at least four times a week. However, to get to school CSKA, it is necessary to pass the entrance test.
2
The main competitor of the army football school — children and youth football school of Spartak Moscow. Here the approach is also very serious in school take only those who showed the best results on the entrance tests. This includes running, handling the ball, pull-UPS and endurance exercise.
3
There is another option — to send the child to engage in children's football school Dynamo, oddly enough, but the requirements here are a little smaller than CSKA and Spartak, and entrance tests easier. For example, it is necessary to not run the 100-meters and 60 meters, but only one distance — 60 meters.
4
Few years the capital has detsko-youthful sports school of the Moscow "Locomotive". The selection here is not the most strict, and the t-shirt railroad maybe even the boy who failed entrance examinations to the army and the Spartak school.
5
If to give the boy in the Junior school "torpedo". It is necessary to understand that at the highest level after graduation to play will not at once. After all, the "torpedo" is now teetering between the first and second leagues. But the place in the first team for torpedovtsy graduate school is always there. This, incidentally, is not found in other professional schools, there is as lucky.
6
If the child just wants to play football, but not planning to associate with this sport my whole life, you can give it to County General football section. Coaches known in the past, players such schools do not work, but loads smaller and do not have a lifetime to devote to football.
Is the advice useful?
See also
Подписывайтесь на наш канал