How to prepare Hercules for fishing

Fishing on oat flakes Hercules – fishermen-tested method. Carp, bream, Rudd very quickly react to the piece, teasing her taste, and finally swallow with a hook. But one drawback of spoils the whole picture – nozzle in the form of dry flakes quickly washed off with water. Hence the conclusion – it is necessary to prepare Hercules for fishing in some special way. 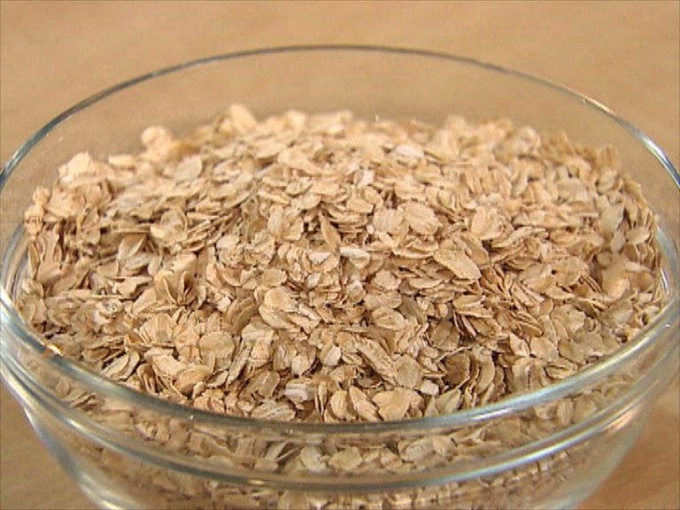 Preparation of Hercules for fishing

There are 3 ways of cooking oatmeal:
- steaming;
- brewing;
- kneading dough.

Steaming. Take a small strainer, pour him some cereal Hercules. Boil water. Boiling water poured cereal for 10-15 seconds. Shake the strainer to get all the excess water glass. Put the steamed Hercules on a sheet of paper, spread in a single layer and cover with another sheet of paper. Top place your weight (1.5-2 kg). Allow the cereal to cool. Steamed oatmeal stronger hold on the hook at the expense of natural paste.

Experienced fishermen pay attention to the quality of the paper. It should be high that the cereal is not overheated and dehydrate. So out came the steamed flakes and no sticky mess.

Brewing. Cook oat flakes Hercules thick porridge. The recipe does not resemble the traditional, which is used by supporters of a healthy lifestyle. Here is the recipe special. Put a pot of water on the fire. While boiling, wrap a small amount of cereal in a gauze bag, and as soon as the water boils, dip it in boiling water. Cook for 20-30 seconds, then remove from water and allow to cool slightly. In slightly chilled form remember (Pomezia) cereals directly in the SAC, trying to give the mass consistency. As it cools down it will become more sticky. Fishing you will only need to pinch off from the bundle of small pieces and stick on the hook.

Kneading dough. Grind in a coffee grinder or mince a small amount of flakes (can add other grains – barley, millet, etc.). and knead normal dough in warm water. It should be viscous and dense at the same time. Avid anglers suggest instead of water, use egg yolk and add a drop or two odorous substances – Valerian, Cologne, essential oils. They say that the fish will just tear the piece, so she likes it.

How to fish in Hercules

Head of Hercules usually cook 6-8 hours to fishing, then to the beginning of catching it is quite moist and firm. Separate the fragment from pea-sized and fit on the hook, closing the sting. What happens to Hercules in the water? Being on the hook, it gradually soaked, small particles fall off, forming around a small hazy cloud. The smell quickly spreads over the water and the fish swims to this place. First, she picks up what settled to the bottom or floats in water. Then notices a large piece of food. If you guess and will modernite fishing line, the fish, afraid of losing food, would bite.

You can throw in the area of your fishing gear a few grains of Hercules as a lure, then the probability that the fish will quickly come to you will increase. By the way, for this purpose, suitable and dry cereal.

After that you start real gambling and fishing. Remember, the longer you will be fishing on Hercules in one place, the more fish will come here, expecting such delicious and flavorful food. Even in the "dead" period, when there is no bite, there are a couple of other foodies, sailed to the smell of delicious melting lumps of Hercules.
Is the advice useful?
See also
Присоединяйтесь к нам
New advices