What are the gemstones of yellow color

Yellow is the color of sunshine, joy, kindness and optimism. Choosing jewelry with yellow stones, you will show your friendly character, activity, positive attitude and friendly attitude towards others. 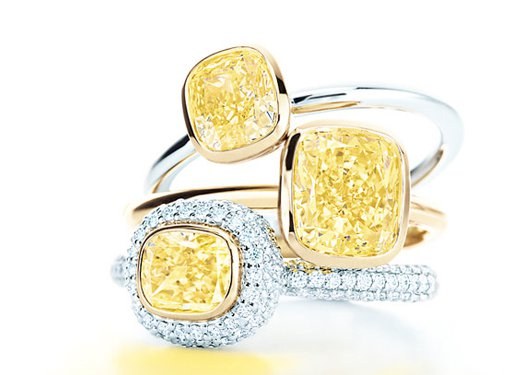 Zircon is one of the most ancient stones

The name of this stone comes from the Persian zargun, meaning "Golden". Zircon is known since ancient times. He was revered for beautiful translucent color, and sparkling Shine. Faceted zircon can match the level of brilliance is what a diamond. By the way, the cut of this stone is also done on the principle of the diamond. Zircon is a symbol of powerful people, possessing great authority and able to lead the team. Rings with cubic Zirconia was the identity of the rulers and priests.

Unlike other gemstones, amber is not a compound of minerals and organic formation - the resin of ancient trees. Sometimes amber can be seen frozen particles of wood, dust and even insects - such stones are especially prized. Thanks to the unusual color, amber gave its name to one of the yellow shades. This stone is a symbol of sun, life, active work and sports. In ancient times it was believed that amber protects from almost all diseases, so it cost very expensive.


About 90% of all amber deposits located in the Kaliningrad region, near the village of Amber. There is also the world's only plant for the extraction of this stone.

Beautiful transparent stone of Golden color is widely used in modern jewelry. Its name means "lemon". It is quite easy to work with and many jewelers include in his works citrines. These stones are very hard and dense, similar in its qualities of diamonds.

Citrine is a symbol of abundance and wealth. According to the ancient teaching of Feng Shui, this stone is able to expel negative energy and to isolate the active, positive.

Until recently, citrine was called the Golden Topaz because of the extraordinary similarity of these stones.

Bright color chrysoberyl determined his name - in Greek it means "gold". This beautiful sparkling stone is quite expensive and is used in luxury jewelry.

Some chrysoberyls have the effect of "cat's eye" - moving the light strip on the surface. It is believed that this stone has powerful magical properties, in particular, enhances intuition and the ability of foresight. It also supports mental health, protects from depression and neurosis.
Is the advice useful?
See also
Подписывайтесь на наш канал