Why the Adam's Apple

Adam's Apple is protruding in the front wall of the larynx cartilage, consisting of two plates. In men, the angle between the cartilaginous plates is less, so the heavily favored Adam's Apple, protecting the throat from injury. The size of the Adam's Apple depend on the amount of testosterone hormone in the body, so women and children throat looks more smooth. 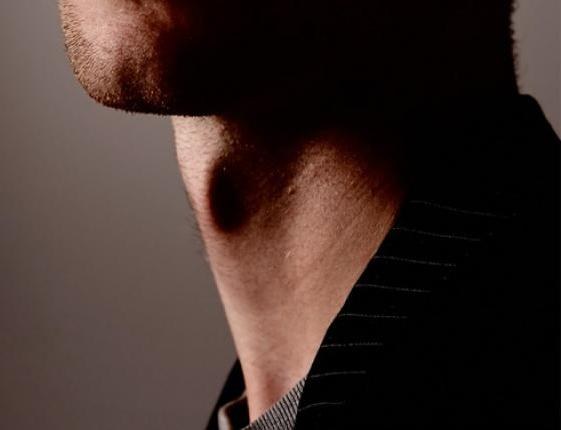 What is the Adam's Apple?

Adam's Apple, which is also called the "Adam's Apple" - the protrusion of the larynx, which is a part of the thyroid cartilage on the anterior surface of the neck. It consists of two plates, between which the women and children angle is quite large, so the projection of the larynx is almost not noticeable, but in men, the angle is smaller and the throat is strongly expressed. The Adam's Apple begins to appear in the larynx of boys of from fourteen years, but there are examples of women who have a pronounced Adam's Apple.

The name "Adam's Apple" was given to this part of the larynx due to the biblical legends that Adam ate the Apple – the forbidden fruit, which gave him eve. A piece of Apple stuck in his throat, and then all the men of a protrusion of the larynx, which reminds about sin.

There is a surgery to reduce the size of the Adam's Apple – chondrolaryngoplasty. It is practiced by men, decided to change their sex to female.

Why the Adam's Apple?

Throat – one of the most vulnerable places in the human body. The Adam's Apple in the first place, protects the man's throat from injuries, while men, such protection was most needed, as they often acted as hunter, protect the family from intruders, he participated in wars and fights. Adam's Apple closes the trachea, near which it is located, starting from the trachea to the sternal articulation.

With the same purpose – to protect the throat from injury in men growing a beard.

Injury of the Adam's Apple is very painful. Despite the fact that Adam's Apple protects the throat, in itself it is defenseless, so it can easily be damaged. In some cases, as a result of such injury the person may remain silent or even awash with blood, if the wound is penetrating. Pieces of cartilage may get into the throat and lead to suffocation. Classes on self-defense, women learn to use this weak point of men and punch or push with his hand on the Adam's Apple. If you want to save your life, this technique is one of the most effective. But in sports it's illegal, because such a trauma is very dangerous to humans.

Also the Adam's Apple is necessary in order to cover the breath when swallowing, so food or water gets into the esophagus, not the airway.
Is the advice useful?
See also
Подписывайтесь на наш канал