What religious holiday on 21 July

Every year on 21 July, Orthodox Christians around the world celebrate one of the biggest religious holidays – the icon of the virgin Mary in the city of Kazan. This story happened almost five centuries ago, and the icon itself is not for this time again showed his miraculous power. 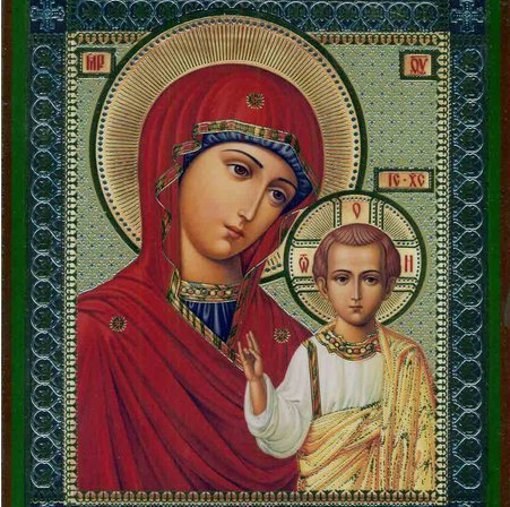 In 1579 in Kazan, shortly before her capture by Ivan the Terrible, there was a terrible fire that destroyed almost half the city. After this nine-year-old resident of Kazan lady three nights in a row dreamed a dream in which appeared the virgin had indicated the exact location of the missing in the fire icon. Learn about this girl's parents are told about the strange dream the authorities of the city, but they showed no interest, so that the debris in the place had them. In the ancient miraculous icon was discovered unharmed in the ashes of the peasant house.

According to legend, the miracle-working icon was already evident at the time of transferring her to the temple. Watching all these people witnessed how two blind men carrying the icon, regained the ability to see. In place of ashes, where they found the icon of Kazan mother of God was built bogoroditskiy nunnery.

The first nun in this monastery was found an icon of the Matron, who took the name of Moors.

In 1904 the icon was stolen by a young peasant, who later claimed he burned it to see its miracles. However, there are still a list of this icon returned in 2005, in Holy cross Church of the former mother of God monastery by Patriarch Alexy II.

The miraculous properties of the icon

Icon of Kazan mother of God is considered miraculous that was confirmed many times by healing the sick people after praying in front of her. The icon refer to those praying for healing themselves and their loved ones. In addition, since phenomena in Kazan it is considered a female icon, which helps young girls and married ladies to survive the difficulties female's. Before her I pray for her intercession, happiness in personal life, good luck on the war, health.

The icon of the Kazan mother of God decided to bless the Russian soldiers, sent to defend his native country.

This Orthodox holiday is celebrated twice a year – July 21 and November 4. Early in the morning on this day in the churches Liturgy in honor of the apparitions of the blessed virgin and the procession with this icon.

The second time, in the fall, this religious holiday commemorates the liberation of Moscow from poles in 1612. It is believed that this is due to the intercession of the icon of Kazan mother of God, which was with the militia, liberated the capital from the enemy. This momentous event was the opening in Moscow Kazan Cathedral.
Is the advice useful?
Присоединяйтесь к нам
New advices