What Orthodox holidays there in July

In July the Orthodox Church celebrates two holidays dedicated to John the Baptist and the Holy apostles Peter and Paul. In addition, in a Church calendar there are still a few special days, when Orthodox churches committed solemn Liturgy. 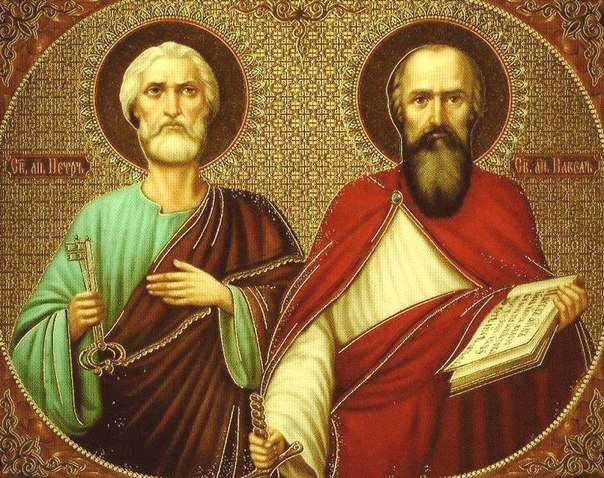 The 7th of July the Orthodox Church celebrates the great feast of the birth of John the Baptist. In Church liturgical practice, this day is called the Christmas Fair of the Glorious prophet, forerunner and Baptist John. John the Baptist, Christ himself was called the great Holy man who ever lived on earth. John was preparing the Jewish people for the coming of the Savior. The Holy prophet was baptizing in Jordan people and the Savior himself. The Saint was born miraculously to Zacharias and Elizabeth, who was already advanced in years. The Archangel Gabriel told John's father that their child will be great before the Lord. What John the Baptist received the honor to begin the preaching of repentance just before the coming of Christ in the world.

Another great Orthodox Church festival in July - the day of the Holy apostles Peter and Paul (12th July). This day ends Petrov post Holy for Orthodox Christians. In churches committed solemn Liturgy in honor of the great apostles, after the service, the faithful break their fast in different foods (if not the holiday falls on a Wednesday and Friday - in this case the post is saved). The Apostle Peter had the most passionate and emotional nature among the other apostles. Three times he denied Christ, then the whole life was repent after recovery of the resurrected Lord to the apostles. The Apostle Peter walked on water, witnessed many miracles of the Savior he raised up Aeneas. Peter is also the author of two conciliar letters. The Apostle Paul most of all worked hard in missionary preaching. There are four missionary journeys of the Apostle by the Holy Roman Empire. He is the author of 14 Epistles included in the Canon of the New Testament. The recipient served as some Christian communities and individuals.