Why you need a small pocket on the jeans

A small pocket on the jeans is no surprise. Moreover, this tiny flap of tissue is so strongly connected with the whole denim culture that his appearance on jeggins or skirts looks natural, but he appeared not as a decorative element, but very functional detail. 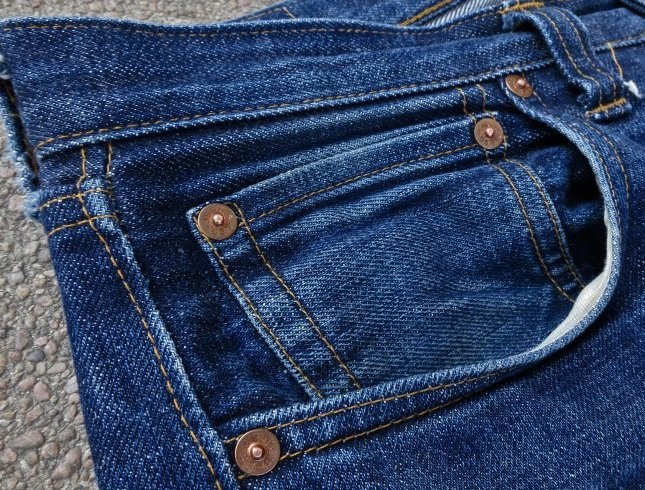 The history of jeans began in 1973 when Levi Strauss (Levi Strauss) is separated from coveralls, the upper part and received for his invention a patent. Since all other parts of the resulting pants remained unchanged, we can assume that the clothes of the builders a small pocket existed until this upgrade. Therefore, the basic version, why jeans with this detail, is that workers put into it nails, screws, nuts and other small building materials.

The growing popularity of denim coincided with the gold rush in North America. So miners often piled him in alluvial nuggets. And especially believe in luck adventurers there hid the talismans.

In English the name of the small pocket on jeans it sounds coin pocket, which means "coin pocket". Indeed, in the times when jeans were invented, paper bills are little used in the course were coins, because the price level was not what it is now – for 25 cents you could eat in the tavern. So the version about the fact that denim pants were specially sewn pocket, which is convenient to hold coins, it is justified.

If you remember that, jeans were worn by working people, it becomes clear that the purses and wallets they were not required, and the detail of the small, dense pocket not getting enough sleep.

The smallest detail of the jeans is also called swatch pocket. Therefore, it is easy to come to the conclusion that in this pocket before holding a clock. We must pay tribute to this version, because in the 19th century they were mainly worn on a chain, the wrist bracelets were not used. And if you remember that jeans are often used as workwear for building sites or the land works, it will be understood that other pockets of the man could not be – not to sew them on a robe or t-shirt. On the other hand, pocket watches uncomfortable to wear in this place, after all the seat time they can put pressure on the hip can cause discomfort.

It is clear that the pockets on the jeans are designed to fold into it the little things that sometimes you need quickly to get. It is quite tight to the body, so to extract something, it needs widening, but the thing is definitely not lost. There are versions that it is sized to fit condoms, guitar pick, lighter.

It is believed that in the days of cowboys, the size of the pocket corresponds to the Zippo lighter because it loved the steppe guys. Now it fit Criket, because lighter just such a format – the most popular in the world.

Most likely, the use of pocket already found as needed. For example, in some circles this is called funny detail jeans pocket or pocket and hide drugs there drugs.
Is the advice useful?
See also
Подписывайтесь на наш канал