Trainer for weight loss is an important element in almost all gyms. And the technique is effective at slimming procedures, is also used by lovers of strength training as required to achieve the desired physical shape and lose those extra pounds. 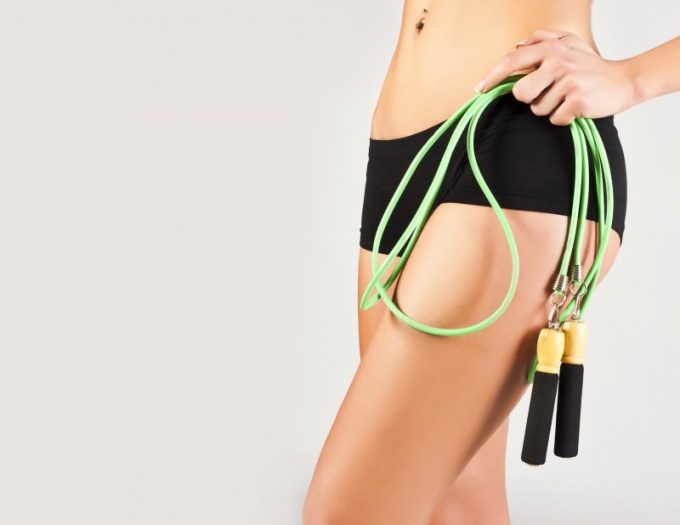 The cheapest and easiest exercise for weight loss – jump rope

This device is an essential feature of sports and gyms. Use the rope and women want to become more lean, and brutal boxers.

Three main advantages in high efficiency of this device that allows you to put the rope in the first place TOP ranking – a small price, simplicity in operation and ease of storage, in contrast to the more cumbersome devices.

Using the rope is very effective in the fight against excess weight, particularly cellulite on the thighs.

This mini-simulator will not allow you to pump very muscular legs, but will create much-needed vitality and contribute to weight loss.

This device combines three sports equipment – exercise bike, a Jogging path and a Stairmaster. Pedal simulator allow you to simulate natural person, as they describe not a perfect circle, and, as the name implies, an ellipse.

An hour of walking on this kind of device can burn up to 850 calories, Cycling in the workout arms that move the top strap trainer. Besides, unlike the exercise bike and treadmill, the elliptical is shown on initial load still unprepared body, does not injure the knees and can quickly lose weight.

Such a device as close as possible simulate riding on a conventional bike, which is difficult to implement, for example, in the winter time. The device is relatively simple exercise bike is a stationary bike with a flywheel under the front wheel.

But, unlike the previous devices, while working on the bike almost not used the waist part of the spine, making his figures are slightly more modest – about 650 kcal for 40-60 minutes.

Such a simulator can be combined with a rather humdrum domestic activities. For example, watching TV.

This simulator, which is considered the best symbol of a healthy and successful man, is a fine example of aerobic exercise. On a treadmill you can set the speed and intensity of training, as well as the angle of the track, allowing you to simulate, for example, uphill.

For an hour of intense exercise can burn up to 700-800 calories. However, this kind of stress is contraindicated in people who are overweight, as it can have a negative impact on knee joints and cause new, sometimes quite severe, injuries. Therefore, professional trainers recommend the use of treadmills only to have trained people.

This instrument is an imitation of two or three steps, on which the exercising person rises and then descends. The angle of the "steps" can also be adjusted by adding and easing the load.

More advanced models of Steppers has handrails to help you work with a trainer for weight loss. Due to the load on the legs and buttocks, the device allows to reduce up to 500 calories in one hour. However, the stepper has the same contraindications as treadmill – it is better not to use very dense people.
Is the advice useful?
See also
Присоединяйтесь к нам
New advices