Where to go in Veliky Novgorod

Veliky Novgorod is one of the oldest and most beautiful Russian cities. If you happen to go there, you have a wonderful opportunity to get acquainted with its rich history and unique ancient monuments. 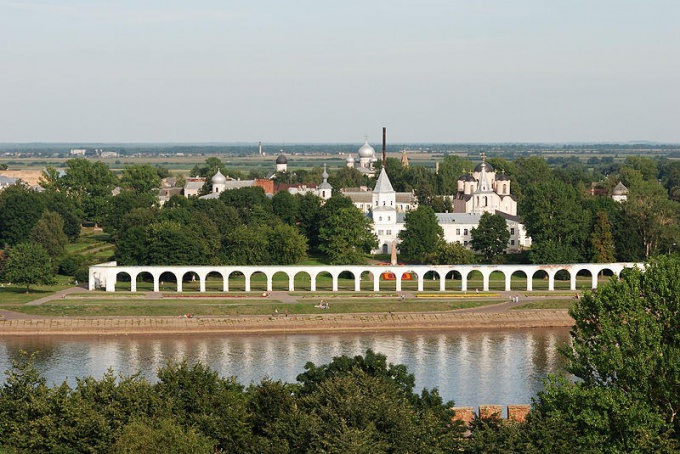 Related articles:
You are in Veliky Novgorod. What the city Museum is to meet in the first place? Many of the guests begin his inspection with a visit to the Citadel, the Novgorod Kremlin. Wooden once, the Kremlin was repeatedly rebuilt and strengthened. According to the Chronicles, the first stone wall he got in 1044, capital restructuring underwent in the first half of the XIV century.To explore the Novgorod Kremlin, you should get to the Sofia square (Victory square). Here you'll be able to get to the Kremlin and to meet one of its main attractions – the Hagia Sophia. The construction of the Hagia Sophia date back to XI century, is the oldest surviving in Russia cathedrals, built by the Slavs.The North side of the Citadel in ancient times was called the master's court. When viewing it, visit the three-storey Palace of facets, which is the witness of many historical events. In 1478 g it Ivan III announced his decree on the annexation of Novgorod to Moscow. Be sure to take the time to visit located on the Sofia square, the Museum of fine arts. You will see a rich collection of paintings among which are works by I. K. Aivazovsky, landscapes by Ivan Shishkin. There you will be able to see a collection of weapons and everyday objects that once belonged to the Novgorod nobility.Do not forget to visit the monument "Millennium of Russia", the idea of construction which was extended in 1861 by the Minister of internal Affairs Sergey Stepanovich Lansky. In the competition for the best monument project was won by little-known 24-year-old painter and sculptor Mikhail Osipovich Mikeshin. Work on the monument he attracted a group of talented sculptors, the monument was opened on the eighth day of September 1862 in the presence of Emperor Alexander II.After leaving the Kremlin, you will be able to get to the pedestrian bridge and see the magnificent panorama of the river Volkhov. The river divides the city into two parts – commercial and Sofia. Crossing the bridge, be sure to inspect the ensemble of Yaroslav's court: the Church of our Saviour Transfiguration with frescoes of Theophanes the Greek, Church Blessings, Znamensky Cathedral, Church of Apostle Philip.The left of the bridge you will see the former Palace of Catherine the great, its construction dates back to 1771. To the right of the bridge your eyes gaze at the glittering gold dome of the belfry of St. George's monastery, founded in 1030 g under Prince Yaroslav. In ancient times, this monastery is the second after the Kiev-Pechersk Lavra.Many monuments are located in the vicinity of Veliky Novgorod. Just four kilometers from the city is the Museum of wooden architecture "Vitoslavlitsy". Once in its place was a small village Vitoslavlitsy, then, in the XII century, was founded the monastery of St. Panteleimon. The village is long gone, but the name remains. The Museum transported the seven churches and three chapels, is a unique monument of Russian wooden architecture.
Is the advice useful?
See also
Подписывайтесь на наш канал