How to bake in gas oven

To bake a pie or cake in the oven, you need to follow the recipe and control the time and temperature. But when faced with the capriciousness of the gas ovens, many Housewives lose interest in baking after several embarrassing failures. 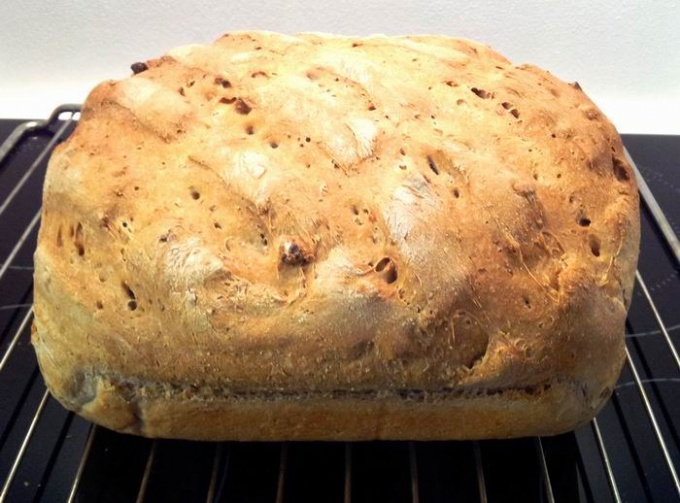 Related articles:
Instruction
1
In fact, to bake in the gas oven beautiful cakes is quite real. Used to electric stoves Housewives complain that cakes on the gas burning the bottom and not baked through the top. The reason for this lies in the principle of operation of gas ovens: a source of heat it is only from the bottom, unlike an electric oven in which heating elements are installed around the perimeter. But knowing a few tricks, you can bake great pies, even in a gas furnace.
2
Do not use thick-walled pan, which was attached to the plate. It is not for baking, and for collecting grease from meat prepared on the grill. Trying to bake a cake on it you will block the flow of warm air circulating in the oven, and the cakes will burn on the bottom and remain raw on the top.
3
Well, warm up the oven before you put the form with the dough. It is recommended to turn the gas on full heat for 10-15 minutes, then reduce the flame to medium or weak (depending on the recipe) and put the pie.
4
You can try to put on the bottom of the oven capacity with water, which compensates for the temperature at the bottom. For old slabs experienced Housewives are advised to put in the oven for a few refractory bricks. Ironically, the bricks make the distribution of heat in the oven more uniform. If the brick is reluctant to go, instead, to fill the above pan to collect fat with coarse salt and put down.
5
The important role played by the location of the form with a pie. Unfortunately, the exact recipe is not here, in each case, you need to experiment and try to not bake in the middle of the oven, and, for example, at the top. The only constant is the rule that the form of cakes should be placed so as to ensure air circulation.
6
If you've tried everything, but baking is not possible, it makes sense to invite the master on repair of gas stoves. Sometimes uneven done is caused by the improper installation of plate or internal defects.
7
Use a silicone baking Mat, it will not solve all problems with a gas oven, but the life of ease, protecting your baked goods from burning. To receive crust pie try to bring to readiness on low heat and then 5 minutes to increase the temperature, then turn off the gas.
Is the advice useful?
See also
Присоединяйтесь к нам
New advices