A panic attack manifests as sudden, sharp, but occasional bout of fear and panic, resulting in different physical reactions. Panic attacks were once considered mere signs of stress disorder. But modern science considers them real disease is, fortunately, treatable. 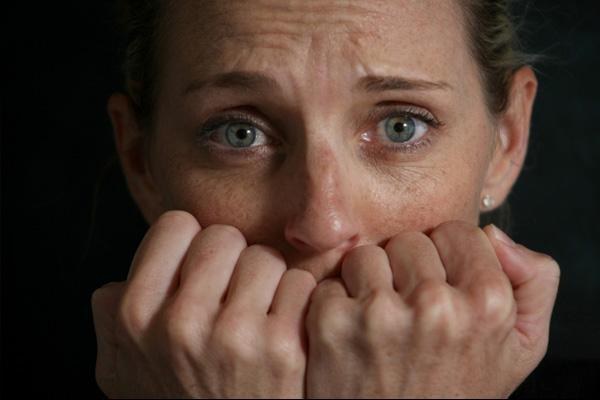 Signs and symptoms of a panic attack

Panic attacks begin suddenly, at almost any time and regardless of what a person is busy. A panic attack can cover a patient at home and at work, in transport and shopping centre, it can start even in your sleep. For panic attacks characterized by the following signs and symptoms, which can manifest as all at once, and several times:
- a sense of imminent danger, impending doom;
- fear of loss of control over the situation;
- unreasonable fear of death;
- frequent palpitation;
- sweating;
- shiver;
- shortness of breath;
- chest pains, headaches, cramps in the abdomen;
- weakness and dizziness;
- the inability to inhale and swallow;
- sudden weakness;
- nausea and dizziness;
- chills;
- hyperventilation.

In your own words an attack usually describe as: hard and fast heart beating, legs numb, drove to her throat lump, dark eyes, covers a great fear.


Panic attacks usually last from 5 to 20 minutes, reaching a peak and then going down.

During a panic attack often happens that scientists call depersonalization. One feels so helpless, and the situation is uncontrollable, that he would have removed himself, plays the role of observer, leaving his own body. Instead of relief, depersonalization brings to the situation even more confusion and disorientation.

One of the most unpleasant side effects panic attacks – the fear that they may be repeated. Because the patient is unable to learn. when it happen the next attack, he begins to fear leaving the house, losing the sense of security. If untreated, panic disorder can lead to social isolation, depression, suicidal thoughts, and phobias.

Caffeine, alcohol and drugs can be a trigger for panic attacks.

In people prone to panic attacks on a regular basis, diagnose panic disorder. This diagnosis except the attacks is also associated with constant feelings of anxiety and concern experienced by patients.

The causes of panic attacks

Scientists do not know what is the reason that causes panic attacks. Studies have determined that in such attacks involved the natural mechanisms responsible for the natural reactions to danger, but why the "alarm" is activated for no reason is still unknown. It is believed that panic attacks there is a genetic predisposition, but also know that the attacks usually affects people with violent, choleric temperament, and those whose psyche long time experiences stress.

Risk factors for the occurrence of panic attacks are death and serious illness of loved ones, significant stress, traumatic events such as disaster, abuse.
Is the advice useful?
Присоединяйтесь к нам
New advices