Flirting is traditionally considered one of women's ways of attracting male attention. Although in a broader sense, the word refers to the love game, and the courtship associated with sexual desires. The art of flirting appeared in ancient times, but has not lost relevance in our days. 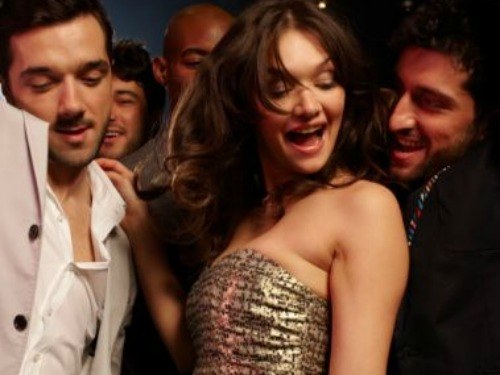 Related articles:
Instruction
1
Flirt or flirting may be a request for a serious relationship and not just an invitation to frivolous love of adventure. A typical example of a girl making eyes at any guy. The focus needs to understand that she cares about.
2
Flirty would never say directly that she liked the man. In ancient times it was not accepted. It is believed that flirting was born during the Egyptian Queen Cleopatra, whose name is traditionally associated with female allure and mystery.
3
Cleopatra offered to do without words and attract the attention of the opposite sex different flavors: oils and incense, which she had invented herself. Modern lady also enjoys perfume and various cosmetics designed to accentuate its attractiveness. The art of makeup – the most important art for coquette.
4
Desperately Flirty lady in our day is not obliged to do without words and convey your feelings only through folded a certain way of the fan, as it were, for example, in the time of Pushkin. Now it is permissible to start with attractive boys casual conversation and casually to touch him. Such maneuvers clearly indicate the intent of the girl.
5
A great opportunity for flirting provides white dance where the girl invites her favorite Beau. The reaction of the men would give her to understand that it is worth to flirt with him, or is it better to convert emerging relationships into a joke. These are the rules of flirting: girl always has a path of retreat.
6
Flirtingacce is not forbidden and men. All great seducers mastered this skill, which was not only in the ability to speak flowery compliments. Of course, the man wielded a fan. But he could give the lady a bouquet of flowers with a love message written in graceful style, and also cause the joust her foe.
7
Flirting is always a game that helps to know what kind of partner you need in life. Don't take the flirting too seriously, then they will not look ridiculous or vulgar. Remember that coquetry nor non-binding, but it definitely makes the relationship men and women are more intriguing and fascinating.
Is the advice useful?
See also
Подписывайтесь на наш канал