How to withdraw Zhukov

You accidentally saw on home furniture small holes, in which there is yellow dust and small shavings? Business is bad – you will have to fight with the beetle-grinder. The sooner you find that little pest, the more likely it is that you will be able to get rid of it. To display bugs, you will need to begin to deal with their larvae. 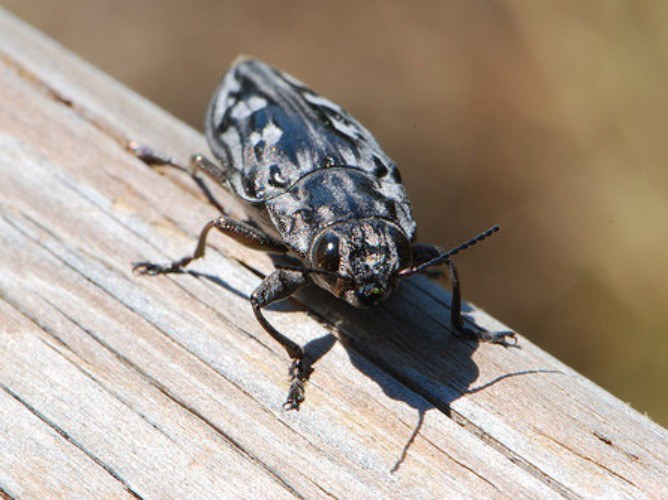 Related articles:
You will need
Instruction
1
Inspect damaged by furniture beetles. If holes much over the entire affected beetles surface with a soft brush dipped in liquid paraffin. This tool is excellent for handling those pieces of furniture that are associated with the storage of food supplies. If the holes are not too many, to enter the oil can with a conventional pipette or a medical syringe.
2
Carefully treat the joints between the individual parts and the grooves, because that is where the beetles prefer to lay their larvae. Identified holes complete white oil to the brim, and then carefully seal the warm paraffin or wax. Walled up so the larvae you can be sure that in these problem areas, the beetles will not appear.
3
After two or three weeks, repeat treatment. If after a month you will see new traces of the activities of pests does not appear, the treatment was successful. If the furniture appeared new holes, you will have to perform the procedure repeatedly. Struggle bug – it is very time consuming and difficult.
4
To enhance the effect further wipe the affected surface of furniture, composition with three parts turpentine and one part paraffin. Dissolve the composition in a small container and let it infuse before use.
5
To subsequently prevent the emergence of beetles, regularly spend prevention. Parquet flooring is recommended to RUB with a solution of sodium fluoride. The same structure should be periodically wiped with the parts of furniture that are varnished and paint.
6
Use also the processing of the wooden parts of the home environment antiseptic compounds that can be purchased in stores that sell building materials. An additional measure will be timely damp cleaning in the house and daily ventilation. Then the beetle-grinder is not afraid of you.
Is the advice useful?
See also
Подписывайтесь на наш канал