How has the pawn

Let the pawns are the weakest pieces on the Board, but they are the soul of chess. Attack the pawn chain organized can be a decisive event in the party, and in the endgame the pawns always come to the fore. Only pawns there are five rules of movement, the rest of the pieces cost one or two. 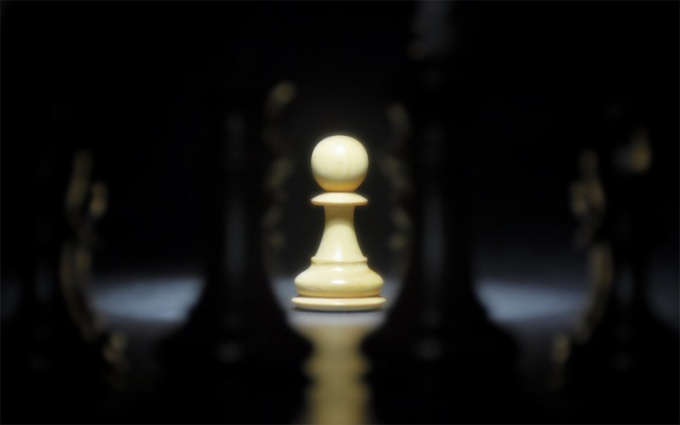 Related articles:
You will need
Instruction
1
In the beginning of the game each player has eight pawns that occupy the starting position - stand in a row on the following figures the horizontal, that is, the white pawns on the second, and black - seven.

The white pawn can never get to the first rank and black on the eighth.
2
Has a pawn left or right diagonally one square forward. In this case the opponent's piece is removed from the Board, and a pawn takes its place.

Among the chess fans often argue about the rule of the capture of a pawn on the aisle, some believe that this rule is almost the yard and in the official chess is not used. In fact, this rule is regulated by the international chess rules and is used in professional chess. Taking a pawn EN passant is the ability to beat the enemy pawn with his pawn, if that makes move two squares from its original position and passes through the field under combat your pawn. This rule can only be used immediately after your opponent.
3
The pawn is the only piece that can turn into another, for this it is necessary to reach the last horizontal eighth for white pawns and the first for black. If the pawn heroically gets to the destination, it's in the same turn can turn into any piece the player chooses, she can't be the only king. The transformation of a pawn removed from the Board, and in its place put a new figure.

To neglect the seemingly weak pawns in any case it is impossible, they create the basis of a position on the Board, and the weakness or strength of your position is determined just by the quality of the built pawn chain.
Is the advice useful?
See also
Подписывайтесь на наш канал