How to cook dumplings without Montevarchi

Manti – a kind of dumplings. Manta differ in the composition of meat and manner of cooking: they do not cook in water like dumplings and steamed in a special pot – mantoverde. If a no pan, boil the manti in the following way. 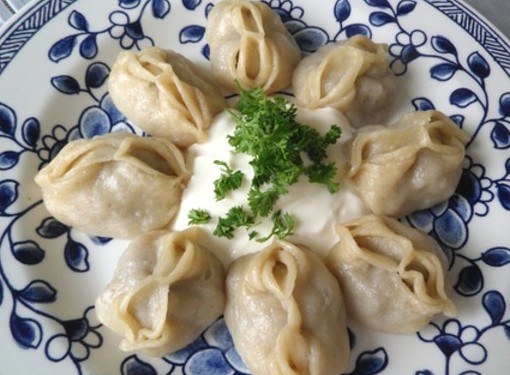 Related articles:
You will need
Instruction
1
If there's no Mantovani, boil dumplings, using a regular colander. Pour water into the pan, cover and put it on the fire. Lubricate the pan with sunflower oil and place dumplings in it.
2
As soon as the water boils, put into a saucepan a colander. Cover the bowl with a lid or a large bowl. Cook dumplings for 45 minutes in rapid boiling water. Put the finished dumplings on a dish, pour melted butter, sprinkle with chopped herbs and serve.
3
Cook dumplings in a regular pan. Pour into the pan with vegetable oil, put the dumplings and pour them with warm water, the water level should be above the level of the meals. Put the pan on the fire and cook until tender. Such methods could be used to cook bought frozen dumplings and dumplings made by yourself.
4
Try to cook at home dumplings Asian style. Mix the flour, salt, water and knead the dough. Leave it for an hour at room temperature. Finely chopped meat with onions, add pepper and salt, and stir.
5
Divide the dough into small balls and roll them into a thin pellet. Put each tablespoon of meat and a piece of mutton fat. Fasten two opposite edges of the cake, leaving the middle loose.
6
Next, connect two opposite edges in the same way. The resulting quadrilateral seal at the two corners on both sides. Form dumplings and cook them in one of the ways listed above.
Note
If mixing is too tight the dough, pour in a bit of warm water, mix well and let it stand for a bit.
Useful advice
That the meat was easier to cut, you can slightly to freeze, put in freezer for some time.
Is the advice useful?
Подписывайтесь на наш канал