The use of black cumin

Black cumin – the oldest of all plants ever used by man. In the East he is known as the panacea for all ills. Ayurveda laid the Foundation for the use of seeds of black cumin as a spice. Today, grains of black cumin, or Nigella also serve gourmet seasoning for various dishes. 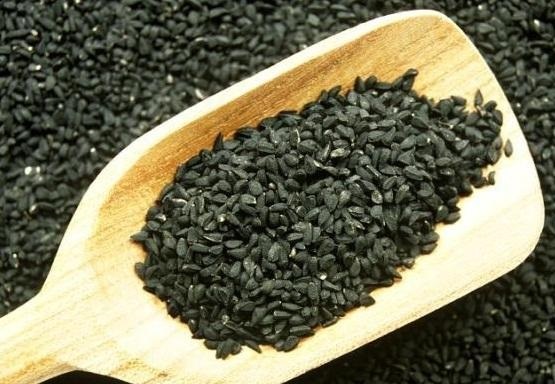 Where it grows black cumin, its types

Initially, black cumin Asian origin. Now it is grown mainly in the middle East, India, Turkey, North America, some European countries, in New Zealand. In Muslim countries still treat black cumin. There it decided to take almost any disease. On the territory of Russia EN masse it is not sown, because here it often grows as a weed in the wild, though, is the irony, call it the Nigella seed. The Nigella plant is called because of the seeds: they are really black, small, resemble the teardrop shape.

Not all black cumin has found application as a seasoning. Many plants are used as decorative, some have a pronounced therapeutic effect. Valuable give Damascus spice and Nigella sativa.

The taste is grain Nigella quite unusual: they are both tart and slightly tangy, sweet and slightly bitter, smell like nutmeg, strawberries, oregano and black pepper.

Black cumin as a seasoning

A valuable property of black seed to give a unique subtle taste to a variety of dishes appreciated by chefs all over the world. But especially this seasoning is widely used in India.

With Nigella they add spice to fish and meat (often lamb) dishes, vegetables and legumes that cumin goes well. Black cumin is also used in the preparation of foods from poultry, baking bread.

This small black spice is able to make a flavored mousse, jelly and even ice cream. Even put it in the dough, which is dipped products before frying them in deep fat.

Indian chefs have a secret that is already adopted by many European housewife. Grain Nigella need lightly fry in mustard oil. This noticeably improves their taste and smell.

Well-known Indian spice mixture "Panch of phoron" not without black cumin seed. In South India it is added mainly in vegetarian dishes, and in West Bengal and Bangladesh in the meat.

In Turkey and other Middle Eastern grains, black cumin liberally sprinkled with many forms of baking, just as in Russia – the poppy seeds. From the root black cumin cook some Oriental sweets, and greens of the plant are added to salads.

In Russia the seeds of Nigella has long been used in pickling cucumbers, tomatoes, zucchini, and watermelons, sauerkraut.

Uzbekistan has an unusual recipe with black cumin: it is added to the national cold milk soup. Generally, if you boil the milk with the cumin grains, the drink is an unusual taste, quite pleasant.

And connoisseurs like to drink tea brewed with the seeds of Nigella. Flavored grain is also added to coffee, alcoholic tinctures, fruit drinks. Only to put well little, because black cumin is quite a strong fragrance.
Is the advice useful?
See also
Подписывайтесь на наш канал