How to invent a secret language

Many people since childhood are trying to come up with their own secret language. This is a fun activity that will elevate you above the common people because they do not understand what you're talking about! The secret language will help you to keep your secrets and make jokes on people. In General, the most important thing, over which is to work. 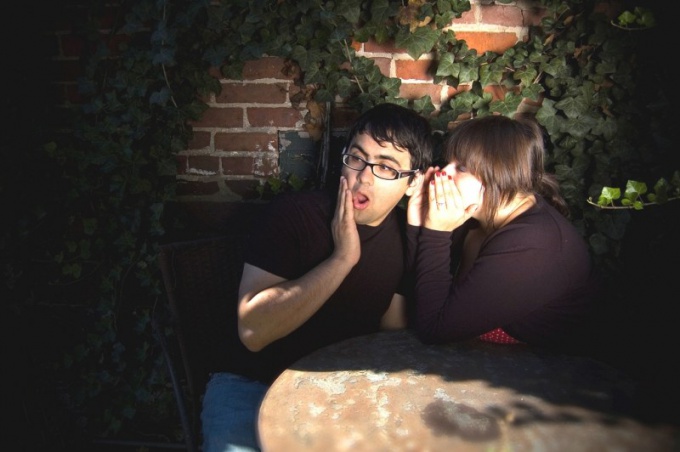 Related articles:
Instruction
1
If you do not want too much bother in inventing new words and rules of syntax in your secret language, you can do so, as since ancient times did of various groups of people and small children – to insert in already existing words, some syllable. For example, "poskitatsya, knishes" would mean "read a book", and everyone will understand what you meant.
2
If you don't plan to constantly communicate in the secret language ofe, and you only need to periodically report information that nobody needs to know you can replace some words by others. As in the famous joke, you get something like "Listen, Rosie, pion from here, and how zatyulpanyu that zasirenishsya!" Of course, you should first agree with your partner what word that would mean.
3
Deciding to replace some words by others, in the future, you will even not necessary to pronounce them aloud! Daisy with seven petals can mean meeting at seven o'clock, and a crumpled piece of paper will show that all your plans went bust. This secret language is simple and reliable in use.
4
If you plan to communicate using a secret languageand writing, you can replace the letters with numbers. Of course, the key to the decoding of the letters should be both you and the recipient. For foreign people this note will seem meaningless set of random numbers.
5
If you and your friend studied the same foreign language, you can secretly communicate with him. It would seem, what here a secret, because the same English know almost every counter. However, if you want the word to Russify so that rare people can understand it. In addition, the English languagee quite a lot of words that are not written as heard. So to an outsider it would be difficult to guess that "giuni I of the Kapu ti" would mean "pass me a Cup of tea".
Is the advice useful?
Подписывайтесь на наш канал