How to win at checkers

Checkers is a very interesting and dynamic game. Unlike chess, there is no need long and hard to think about the course or strategy. Of course, you need to plan the course of the game, but the dynamism of checkers allows you to do so in a special way. Rules checkers, give the opportunity to drive the enemy into their own traps. We'll talk more about that. 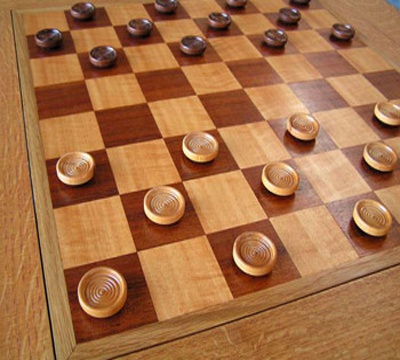 Related articles:
You will need
Instruction
1
The most important rule of checkers – the duty hack. It gives both advantage and disadvantages. If to talk about disadvantages, we can note the following. At the time of important passages, important piece can be obliged to hack, and exposes itself to frame the opponent. Thus, collapsing strategy, initially conceived of the game. If we talk about the benefits, you can also to disrupt the enemy's plans.
2
The main thing in the blocks – be careful. A little distracted, and the enemy is already cut you several pieces. So always follow the game. If the opponent makes a move, think, and anticipate where to focus its action plan. Never make the situation to checkers stood parallel to, or across cells. This can lead to log multiple checkers at the same time. Try to cover the cage with another piece, so that the enemy could not cut.
3
Try hard not to exchange one sword. You need to consider your moves so that the opponent could lose several of the pieces cut you only have one. This is achieved by the rule that you must hack. By donating a specific piece, you will be able to cut a few. For the development of such skills solve special tasks. Their essence is that of a certain situation, which is given in the problem, you could attack with the elimination of a larger number of enemy pieces in one or two moves. 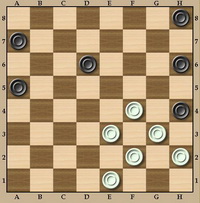 4
Still trying to get a king. King – very strong piece that can move diagonally any number of squares forward and backward. To get this sword, you need to hold one of his to the end of the Board. The same analogy is in chess. Having two or even three kings, you will easily be straightened with the enemy. However, don't overdo the promoting checkers into kings, to the detriment of other checkers. Try to make this process natural. Protect your own cells start Board that the enemy could not take possession of the king.
Is the advice useful?
See also
Подписывайтесь на наш канал