The chords and their names: how to learn to read

Surely you have met hitherto unknown signs of the chords in the tablature and sheet music like this here: Am, E, and G. These symbols are used to facilitate the process of reading chords, accelerating it, and also making the tabs more visible. After all, much easier to read and comprehend a combination of Am than read "minor". Though an untrained person would probably go in this notation will not understand, so I will try to explain everything in detail. 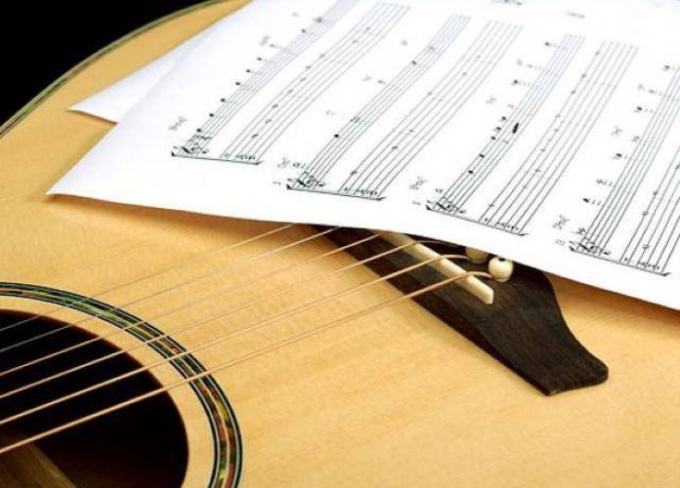 Related articles:
Instruction
1
All really simple. In European traditions, it is customary to call the notes by letters of the Latin alphabet. And here is the list, which reflects how the note is read in the European version:
To is C;

Si corresponds to H, while b flat – B.
2
In modern music such as in jazz, you can often find so-called game "zimovka", which is a simple sheet, which is divided into quanta. Every measure should be the indication of tonality or the chord (well, it's who you like). Thus, the musician sees the harmonic sequence executed composition, which it accompanies, or to which improvises. This notation is very convenient, especially if you are a session musician and you want to play after just a couple of rehearsals and a concert.
3
And now back to the symbols. Major chords denote by the capital letter of the Latin alphabet. C major is C, d major is D, and so on.
4
Minor chords are denoted similarly, except their name is attributed to the lowercase "m".
5
There are more seventh chords. There are a total of seven types:
Big minor - Ammaj7 or AmΔ;

Small reduced – AmØ or Am5-/7.
6
Other chords: the numbers in the chords indicate the degree of the scale, the signs "+" and "–" next to the figure suggests that this stage the increased or reduced. That's wisdom reading chords.
Is the advice useful?
Подписывайтесь на наш канал