How to learn to read chords

Everyone who learns to play the piano, guitar, accordion and some other instruments, at some point, faced with the need to preechapanya a particular tune. In the Songbook can be given only the musical line, and above it is a strange notation like "Си7" or Dm. Understand what chords correspond to certain letters and numbers, you will be able to quickly disassemble any zimovku. 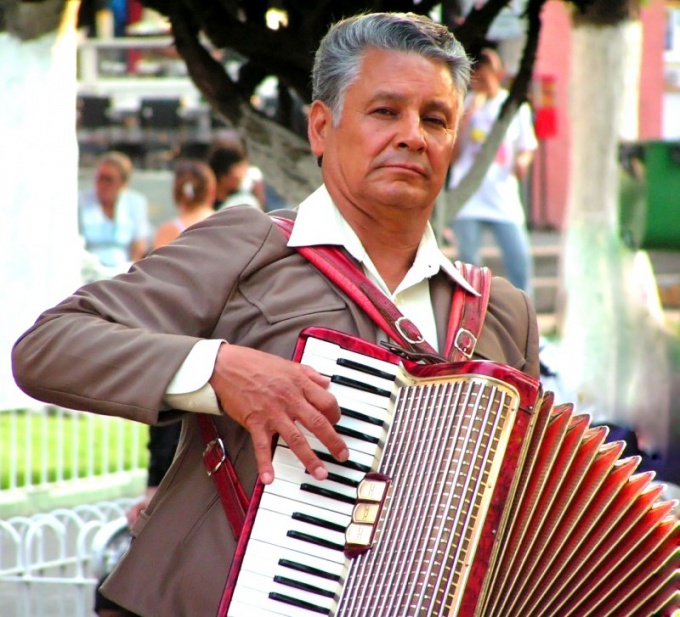 Related articles:
You will need
Instruction
1
In cifrovih can be used both Russian and Latin represent sounds. With Russian all is clear: the scale begins with C, ends with the note si. The same letters indicated by a, and the chord built on that sound. In the old and partly modern literature the names of the major chords to write with an uppercase letter, and minor - with a lowercase. That is, the "La" is the La-major triad, and "La" - the same minor.
2
For each key there is a certain set of chords. The most popular of the triad built on the first, fourth and fifth steps. They are used in almost all musical works. This is the famous "three chords". Select any key, find the desired stage, and build chords. Basic chords are built by thirds. For example, in a major key the tonic triad is located at the bottom of a major third, down - low, and in a minor key - on the contrary. These chords are denoted by the name of the sound, from which they are built.
3
Let's see what are the treatment of each chord. Conversion is the transfer of the lower sound up. This changes the chord structure. Downstairs can be not only third, but second. Intervals better to learn from. In cifrovih treatment tonic triads are referred to as T6 or Т46, where T is the first step of this key. Your refer to have cases of dominant seventh chord occurs. It is built on the fifth degree of the tonality and is denoted by the numeral 7.
4
Learn Latin denoting sounds. The scale in this case starts with notes La, which is denoted as A. Then the names are in alphabetical order. Thus in Russian (mostly old) music and Western there is a slight difference. In the Russian tradition, the letter is denoted by a b flat in the West sea clean. Old Russian cifrovih si is N. Now, Russian musicians are increasingly using Western option designations.
5
Learn how to distinguish a major chord from a minor. Before and in the designation of a Latin there was the same tradition as in Russian musical literature, a major that is designated by a capital letter, minor - lowercase. However, increasingly across ciprovci, which used only capital letters, and a minor chord is written as Am, BM, cm, etc.
6
Use musical computer programs. Guitar Pro or Guitar Instructor will become your reliable assistant, even if you play on another instrument. These programs have built-in determinants of chords, where you can learn and designation, and the structure and circulation, and even sequence in a particular key.
7
If you play the accordion or the accordion, learn quanto-the circle of fifths. For other tools, the sequence of appearance of sharps or flats is not as important, but the accordion buttons of the left hand are arranged according to this principle. To one side of the button, which is usually marked somehow, are the flat keys in the other., in order of appearance, the following key characters.
Note
Note that the scales have a certain number of tones and semitones in a strict order. For example, the structure of major scales - 2 tone gray, 3 tones and a semitone. The piano is such a sequence without using the black keys is only possible when building scales from the sound, that would be C major. In all other cases, is to raise or lower the relevant stage. In the notes this is denoted by the key characters on the keyboard is to press the black keys is located next to white. The minor can be natural, harmonic and melodic. The structure of the scales can be seen, if you play a scale starting on La on some white keys. It turns out 1 tone - semitone, 2 tones and a semitone, 2 tones. In harmonic minor raises the seventh step, the melodic movement up to sixth and seventh. There are other varieties, but in the accompaniment they are used not so often.
Is the advice useful?
Подписывайтесь на наш канал