How to take a statement for divorce

Sometimes we make rash acts which are later sorry. Most often such decisions are made because of great emotional stress, such as divorce proceedings. But understanding the situation, assessing it soberly, people sometimes change their decisions. Here the question arises about how to pick up filed a petition for divorce. 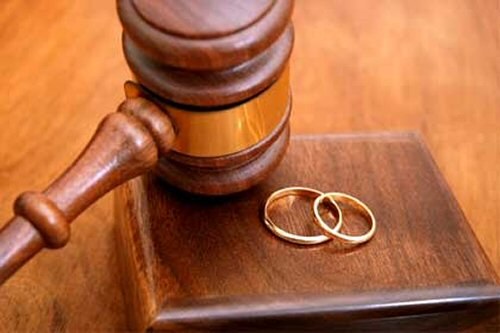 Related articles:
Instruction
1
Divorce is carried out by bodies of civil status (ZAGS) by mutual application of the spouses, if they have no minor children. Marriage is terminated upon expiry of one month after filing of application about divorce. This period is specifically provided by law in case if the spouses wish to change their minds, thereby saving the family.
2
If the spouses apply for divorce to the Registrar, before the expiration of 1 month decided to pick it up, it is possible only in the presence of two parties and with mutual consent. This couple should write a joint statement in which to specify the reasons for such denial. According to the results of consideration of the statement between spouses is an agreement on the termination of procedure of dissolution of marriage. It must be in writing and notarized.
3
If a request to take a statement about divorce addressed only one of the spouses, the process of divorce will not be stopped (regardless of whether or not the other spouse). In such cases it is necessary to apply to court where necessary to defend their point of view. In his statement should: describe the situation; indicate when and by whom the application was filed on divorce; the reasons why there was a desire to take a statement; and the opinion of the spouse, if known; the reason for which the other spouse could not come to the office of the Registrar's office to write a joint statement about the refusal of the divorce.
4
This statement will be a hearing in which the parties must prove to the court that they had reconciled and do not want to divorce. Following consideration of the case the court will take a decision which would force the authority of the Registrar to discontinue the divorce proceedings, or refuse to the applicant in satisfaction of his claims. If you are not satisfied with court decisions (the court did not satisfy your requirements), don't despair - it can be appealed in cassation. In practice, the judges are going to meet spouses who want to save their marriage, therefore, with high probability will meet you.
Note
The form according to form No. 10 of the application for divorce is made in the case if the divorce is conducted through the court that rendered the judicial act of divorce, and the act came into force. Ex-husband, the wife filed an application in the prescribed form to the Department of records of acts of civil status together with the extract from the decision and a receipt of payment of the state fee.
Useful advice
Established the law rule, a petition for divorce is served at the place of residence of the defendant. The same law prohibits the husband to unilaterally apply for divorce during pregnancy of the wife, and over the next 12 months after birth. Claim form about termination of the marriage. Statement on divorce must contain
Is the advice useful?
See also
Подписывайтесь на наш канал