How to remodel a one-bedroom Khrushchev

Most often in a series of two-bedroom apartment and found the layout of interconnecting rooms, one with a balcony, there is also a small kitchen, combined toilet with bathroom and a tiny hallway. Pretty and all very minimalistic, so options to remodel a one-bedroom apartment a little originality achieved more due to the features of design and methods of zoning. 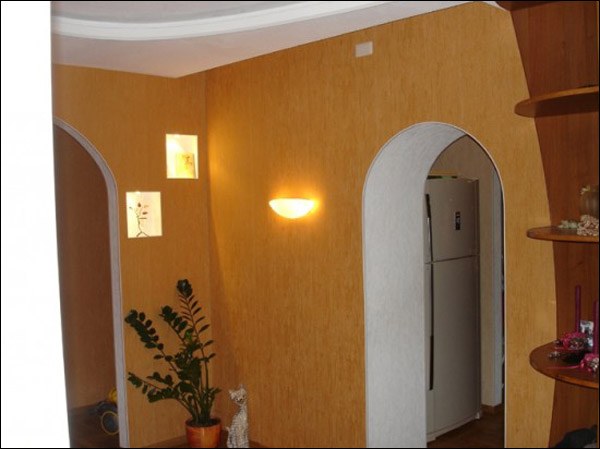 Related articles:
Instruction
1
For the needs of a family with a child it is best to isolate a large room, which will be less due to a passage in the nursery. An interesting design solution will be a living room rotunda, with symmetrically arranged Windows and arches. This trick will visually expand the space once the former entrance of the room.
2
First of all, move the door to the small room with the center of the wall, arranging it in front of the entrance to the apartment. In some apartments at this place since the house had a pantry. Carry wall pantry, equalizing the space of the room.
3
Lay the old brick doorway. Now the passage to the nursery is along the wall of the living room, not through the center of the room, as before.
4
Determine how much space from the living area you select on the corridor. Do not make the hallway too narrow, otherwise it will be impossible to carry the furniture. Beat the entrance arch.
5
Erect a partition between the corridor and the living room. To the new corridor did not seem trench, combine the opaque material of the walls with glass panels. A good idea to look glass from floor to ceiling. Through it the light from the living room will fall into the corridor, whereby the latter will seem roomier and brighter.
6
Enjoy a wide arched opening between the living room and hallway leading into the kitchen. The visual corridor is included in the living room area, increasing it. Do not put the arch completely, leave her the edge of space for new smaller arches, which will serve as the entrance to the living room. Another arch position so that it was possible the shortest way to get to the living room from the kitchen. Door to replace the solid transparent glass. So you get airy room with two symmetrical arches and Windows.
7
In the bathroom can free up some space by installing a shower cubicle instead of a bath.
Note
To any way do not produce the destruction or rebuilding of the main walls. Before the repair, determine which walls in your apartment are such. Well it turns out redevelopment in brick houses with easily demountable internal partitions.

Made alterations to the apartment it is necessary to institutionalize the relevant authorities.
Is the advice useful?
See also
Присоединяйтесь к нам
New advices