What kind of houses are called "Khrushchev"

The Soviet Union has left us many reminders of the life the great country of socialism. This, for example, similar to each other four or five houses on the streets of Russian cities and towns. Mass construction of residential buildings was conducted during the reign of Nikita Khrushchev, that's why they are called "Khrushchev". 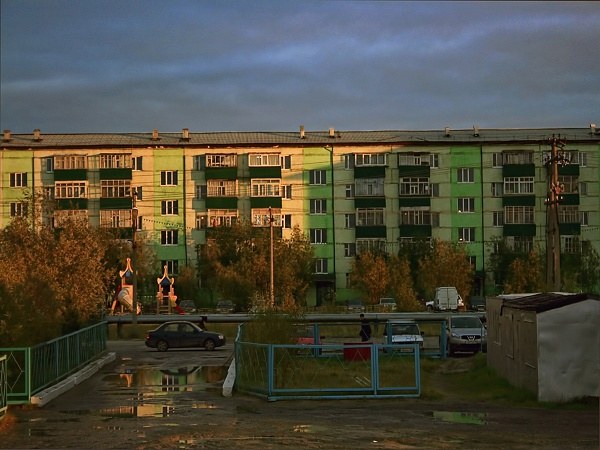 Related articles:
The first low-rise houses of economy class for the relocation of people from temporary shelters and barracks in the USSR started to build in the years of postwar recovery. The ambitious goal of the Soviet authorities "to Each of the apartment!" full force was launched in 60-ies of XX century. Frame houses on the model projects were built in record time. There were different modifications of "Khrushchev", but one of the main principles in design and construction was the economy.

Three-, four - and five-storey houses from panels or brick, devoid of architectural delights on the facade is the appearance of the typical "Khrushchev". It complements another common feature is the lack of Elevator. Designers was not provided and also the trash chute inside the building. All this was done in order to save. The house was not too costly both in money and time, so very often built entire neighborhoods.

Some modifications of the houses of the Khrushchev buildings were gathered within two weeks. About 400 plants across the country provided the construction site ready concrete structures.

Khrushchev called not only frame houses, made according to the projects of the last century, but a typical apartment in these buildings. Again, in order to save in "Khrushchev" reduced the area of the kitchen, depending on home modifications, up to 5.7 square meters. The ceiling height was reduced to 2.5 meters. Bathroom - toilet, hallway – small room – new furniture, and the walls are thin. The Soviet people on television taught as more profitable to use their allotted square footage.

With the advent of Khrushchev in the USSR began to mass produce small-sized furniture. Thus, the combined set for the kitchen, living room and hallway held no more than 30% of the area of a Studio apartment.

The characteristic features of "Khrushchev"

Some versions of "Khrushchev" has a number of features of the internal arrangement, which became the subject of popular jokes. These include, for example, a small window in the wall between the bathroom and kitchen, designed to the bathroom in the sunlight, which, however, used for other purposes.

Another feature of some of the "Khrushchev" – a "mother-in-law room." A small space separated by a curtain, got its name because of the small size. One of the main features of many kitchens of that time – the presence under the window "Khrushchev's refrigerator." Hole in the wall used mostly for food storage in the winter and late autumn.

Modern inhabitants of houses built in Khrushchev prefer to dismantle the once-ergonomic solutions designers, replacing them to a more modern interior details. The construction of "Khrushchev" in the Soviet Union ended in the mid 80-ies of the last century.
Is the advice useful?
See also
Присоединяйтесь к нам
New advices