How to harmonize a melody

Harmonization is one of the tasks on the lessons of solfege, harmony and music theory at music schools, colleges and universities. The meaning of the task – pick a chord, which sound or group of sounds is harmony. The harmonization does not include the creation of texture and orchestration of the work (i.e., creating original rhythmic, instrumental and other drawings of the work). 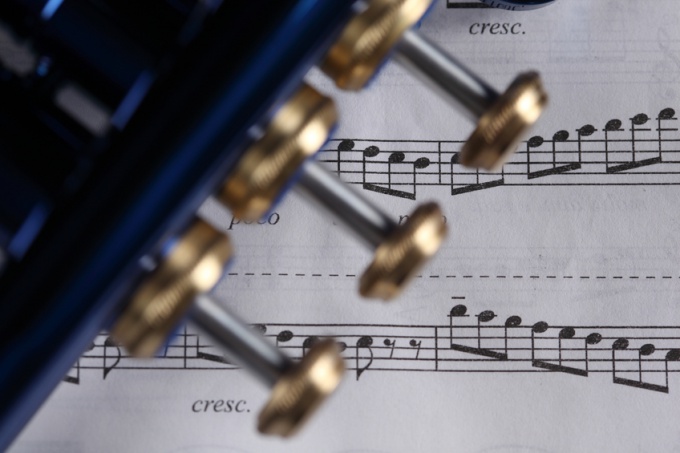 Related articles:
Instruction
1
Under each sound of the melody write the Roman or Arabic (how convenient) a number showing the number of notches in the key. If the tunes meet modulation and variations in other key, check them after you change the score from the new tonic.
2
Each sound included in the one or two chords of a particular key. It can be major chords (tonic, subdominant or dominant) chords of the side steps (median, second, third, sixth and seventh steps). You can use almost any of these chords, but follow the General rules of classical harmony.For example, the dominant chord is better to use in the end of the form, before the final tonic. In rare cases, it can be used in the off-beat, in the beginning of the form. Behind him is usually the tonic chord.
3
Poorly understood (practically not perceptible to the ordinary listener) of a change of tune more frequently than two times per clock. Thus in chetyrehbalnoy size there are two kinds of harmony: to count "one, two" - one chord, three, four" - the second. Sometimes the bar is kept the same chord.This rule is not binding. On the contrary, if you from time to time will disrupt the rhythm of harmony (a chord on the first three segments, the second two, the third one), the melody appears some liveliness.
4
Feature sounds, which is necessary to change the chord from passing. Last may, without prejudice to melodies to sound at the background of the main chord, even if you make a dissonance with one of the chord notes.
5
Start to practice and harmonize with simple, long-familiar tunes: "twinkle, twinkle", "Tree", other children's favorite tunes. By the way, the first example of harmonization of a song, the tonic (in C major is C major).
Three, four – dominant (g-major).
Again, two dominant.
Three, four and tonic.
6
Chords can be played "posts" (left hand simultaneously three or four sound), arpeggios or other means, the fundamental value it has. It is important at the same time the right hand to play the melody without a hitch.
Is the advice useful?
Присоединяйтесь к нам
New advices