How to remove broken stud

A broken stud can cause a lot of trouble to the motorists, especially if she is in a remote place. Then the complexity of its extraction would be to get close to her. 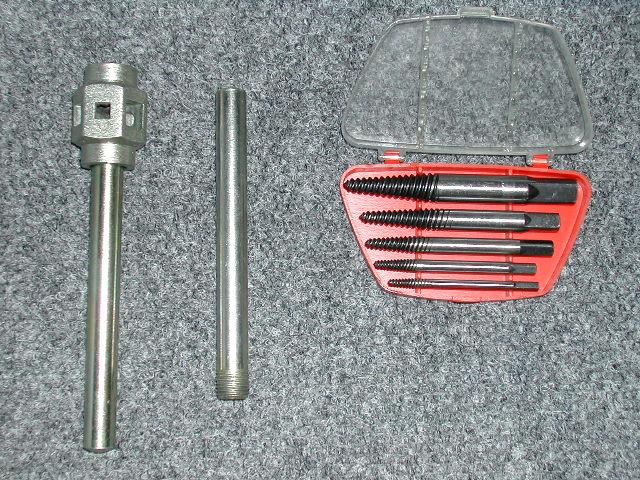 Related articles:
Instruction
1
If the pin has access to, it wouldn't budge, then try to fill in the hole a strong electrolyte such as nitric acid, which will help to break the connection of two metal surfaces. If the pin broke off so that to get to her is not possible, then try the following ways.
2
Get a special set of extractors, which is designed to extract broken studs, bolts with broken heads and splines, drills, and more. Then in the center of the stuck parts, drill hole, which should be slightly less than the diameter of the extractor. Drilling need with the help of the conductor, which will help to make a hole exactly in the center. Be sure to save necessary wall thickness of the recoverable items.
3
After the hole is ready, insert the extractor, which neatly screw inside. Remember that this device has a left-hand thread, so it will be screwed in the opposite direction. After some time he will finish the spin and start to go out with a stuck pin.
4
Try to drill a fallen item. Be very careful and patient. Remember, however, that if the probability of getting small metal shavings inside the important components and assemblies, then abandon this method. Also try using a drill with left-hand thread, which drill into the surface at low speed. Often the thread starts to wane due to the left stroke drills and damaged the pin easily comes out.
5
If the surface and space allow the use of welding, the weld to the protruding end of the stud nut. After that, pick up a wrench of the desired diameter and begin to Unscrew the nut that pulled out behind him and the rest of the details.
Is the advice useful?
Подписывайтесь на наш канал