How to compress graphics and more 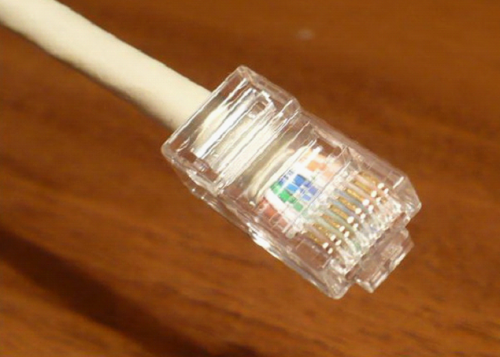 Related articles:
You will need
Instruction
1
You first need to understand what type of crimping you need a crossover (cross) or direct. The difference between these types of swage that jumper is used for communication between two computers or laptops, and a direct connection to the computer and the switch. It is worth noting that almost all new models of network cards are able to "translate" direct type in of cross and probably you will be able to do a direct spin anyway, but worth to insure.
2
Make a straight swage. It is somewhat easier to cross, since both ends of the cable are the same. With a sharp knife remove the top insulation from both ends of the cable at a distance of 2-3 cm from the edges. Be careful not to damage the thin coloured wiring.
3
Then you need to make these same transactions in a row in the following sequence (left to right):

Flatten and remove excess leaving 1cm colored wires in a row.
4
Take the fork RJ-45 snap mechanism to the bottom and carefully insert it in the cable. Colored wiring need to get the metal contacts of the plug. Also make sure that the cable insulation has reached her intended latch, otherwise your patch cord to be extremely unreliable and will not last long.
5
Re-check the correctness of the sequence of colored wires and promite cable using a special crimping pliers. If there are none, you can use a thin flat screwdriver, pressing each metal contact on the plug at a time. This method requires some skill and not so good.
6
Repeat the same manipulations with the second end of the cable. Remember that when you direct the swage sequence of colored wires on both ends are the same.
7
Make a jumper wire. First promote one end of the cable as described earlier by direct crimping. The difference lies in the second end of the twisted pair. The sequence of colored wires here would be the following (left to right):