How to compressing Internet wire

Now in home and small office networking to connect computers to a switch or modem typically uses a twisted pair cable. To Internet connection was stable and worked without problems, it is important to compress clip patch cord RJ-45. 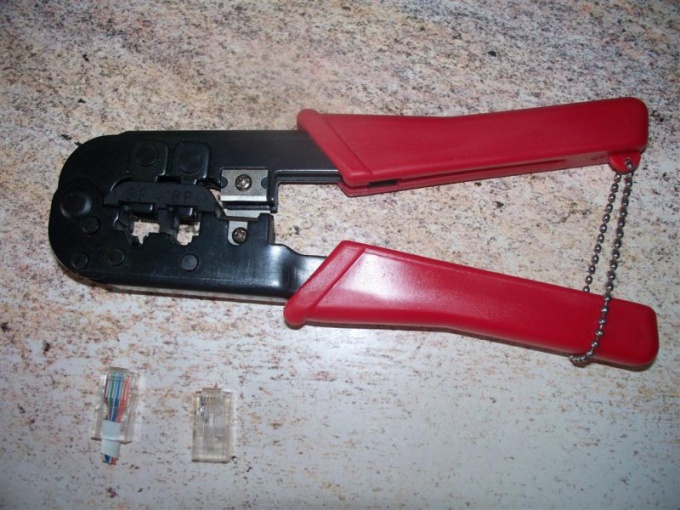 Related articles:
Instruction
1
Hold a piece of twisted pair cable the desired length and cut the protective coating on both ends about 2 cm so as not to damage the insulation of the wires of the cable. If patch cord is used to connect the computer to the modem or switch, then both ends of the compress according to the same scheme; if you to connect two computers then on the cross - (crossover).
2
Direct pollutionarticle transaction from both ends is that they be in the same plane in this order: white-orange; orange; white-green;- blue; white - blue;- green;- white;- brown.
3
Align transactions, keep close to each other and using a knife, crimp tool, trim to leave about a centimeter. Plug RJ-45, turn lock down and reattach the cable so that the sections of the conductors tightly to the stop, joined to appropriate contact hollows. Cable sheath needs to get inside the fork to protect the conductors from breaking
4
Place the plug in a groove to crimp the clamp tightly to the stop, and squeeze the handles of the tool. Repeat the entire procedure on the second end of the cable cut.
5
Crossoverpoint cable sheath on both sides. At one end spread the conductors thus, as described above. On the other scheme will change slightly: the white and the green; green; white-orange;- blue;- white-blue: orange;- white;- brown.
6
This is because in the port network adapters for Ethernet and Fast Ethernet, contacts 1 and 2 are used for transmitting and 3 and 6 for receiving. Cross-scheme needed to "hearing" the contacts of one of the adapter connects to "transmit" the contacts of the other and Vice versa.
Is the advice useful?
See also
Подписывайтесь на наш канал