How to tighten the spokes

Wheel is the most important part of the bike. To wheels of steel good enough to balance them with the purchase. Pulling spokes on their own, you can bring the wheels reliability and extend their service life. 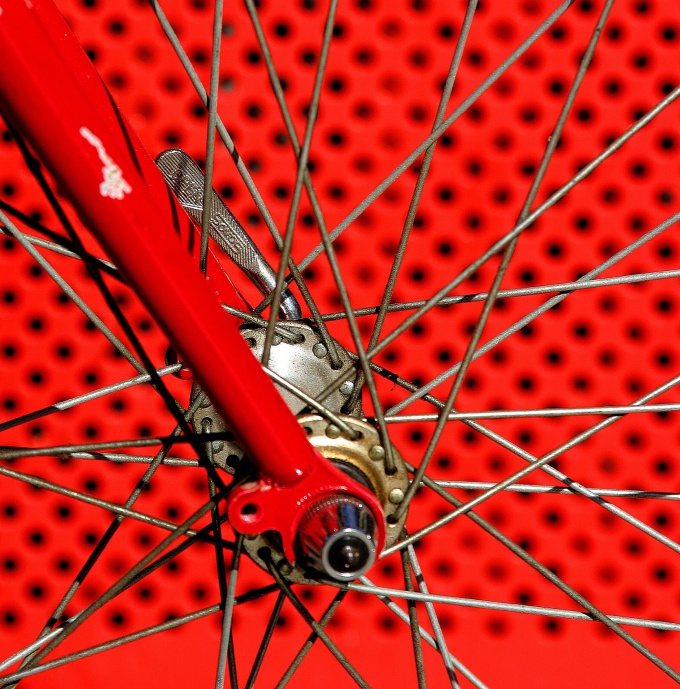 Related articles:
You will need
Instruction
1
Before you start to tighten the spokes, tighten all the nipples at the same depth. Short spokes tighten them so that you can see the same number of threads. If the spokes are long, their facing ends set flush with the slots of the nipples. Evenly turning the nipple, you will facilitate further work on the tension of the spokes.
2
Start lifting the nipples from the valve hole, completing one revolution for each. Check whether there are any spokes slack. If so, generate more turnover for each nipple. If after crank three-quarters of the rim, the nipple will become hard to turn, Unscrew them one turn. Then screw each nipple a half-turn.
3
Install the wheel on the machine, look at the roughness at the rim more. Depending on this, you need to make the edit. If the predominant horizontal roughness, and a part of the rim has shifted to the right four spokes, two of which go to the left flange and two to the right, wrap the nipple on the left one quarter turn. Right nipple a quarter release, and the area of the rim will be offset to the left. The tension of the spokes will remain unchanged, because the number and degree of tension of the weakened spokes of equal taut.
4
If to correct the irregularities of lacks of performed actions, find the worst deviation to the left and tighten it. So, moving from one to the other side, you can save a pre-defined umbrella. However, at this stage do not try to rectify the "eight" is more than 0.3, see You can do it in the final alignment.
5
To correct vertical irregularities determine the area of the rim that is most removed from the sleeve. Pulling spokes on this site, you will be able to get closer to the rim. So you will increase the wheel's stiffness. Balance "ellipse" wheels similar to the balancing of the "eight" as described in the previous step.
6
Tighten the spokes as much as possible to prevent them from loosening under load and to give strength to the wheel. If the wheel is already round, and the tension of the spokes you see are inadequate, equally tighten all the nipples. Then check the concentricity of the wheel.
7
Produce shrinkage of the spokes. For this, taking the wheel with both hands, push hard on spokes where they intersect. Turning the wheel, squeeze the following four spokes. Seat the spokes along the entire circumference. Characteristic sounds will testify to the shrinkage of the spokes. The wheel, which after this procedure, fails, again podbrasyvaet it and produce shrinkage. Repeat these steps until, until you stop publishing cod and squeaks during the shrinkage of the spokes.
Is the advice useful?
See also
Присоединяйтесь к нам
New advices