How to obtain press credentials

Press credentials despite its small size, plays a very important role in the life of any professional journalist. Firstly, only the document is the only proof of your professional affiliation to the world media. Second, a valid international and valid in all countries and on all continents of the world. Thirdly, only this crust allows free access to various events, exhibitions and visit museums. Actually identities are different - editorial, as well as confirming your membership in the journalists Union in your city in Russia or the world. 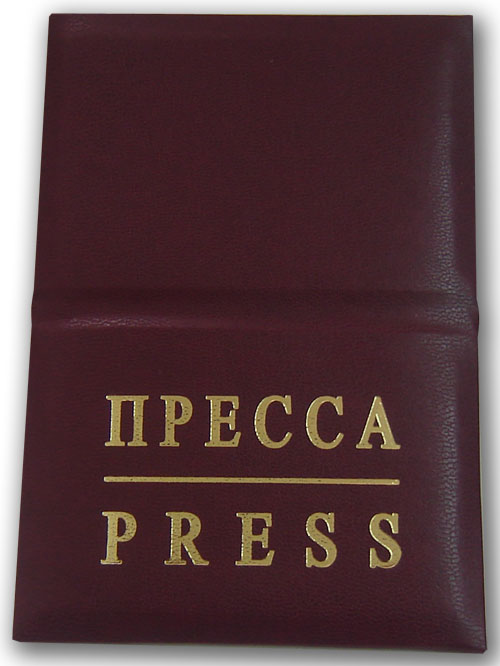 Related articles:
Instruction
1
The easiest, of course, to the editorial license. In principle it free will give you automatically when applying for a job. It can be laminated and red short with an inscription "Press". It should contain your name and the name of the publisher.
2
To obtain the identity of a member of the Union of journalists in your city or Russia should contact the office of the Union in your town or city Union of journalists. Do not forget to take photos 3x4, a letter of recommendation on company official letterhead and a completed application. The production of this document paid, however, the cost of it to date, does not exceed 1000.
3
International professional card of journalist unable to only members of the Union of Russian journalists working in media for at least three years. It does not matter you are a regular worker or freelance, it is important that the employment relationship was assigned to labor or other contract. On the card except the name of the owner and his signature, shall bear the signature of the President of the national Union and the Secretary-General of the International Federation of Journalists, sealed by respective seals. Today the green peel with the inscription in two languages "the Press" is issued, signed by the Secretary General of the International Federation of journalists Aidan white and the President of the Russian Union of journalists Vsevolod Bogdanov. Mandatory condition for obtaining international professional card of the journalist is respect for the Charter of the Union of journalists of Russia, the code of professional ethics of Russian journalist, and the recognition of bodies of professional self-regulation professional and ethical jurisdiction of the Grand jury of the Russian Union of journalists and Public Collegium for press complaints.
4
Of course, you can get the license and do not entirely legitimate way – for example, to buy. In this case, don't forget to check that the edition in which you are supposedly working, it was real.
5
You can also order the cover and inner sheet in any printing. Samples and templates of such identity can be easily found on the Internet.
6
If you decide to get an identity that way, you shouldn't forget about criminal penalties for counterfeiting documents.
Is the advice useful?
See also
Присоединяйтесь к нам
New advices