How to play toy synthesizer

Children's synthesizer has significantly less features than the regular, but it has a specific eight-bit" sound. For this, he finds adherents, not only among children but also among music artists in the genre that is called "8 bit". User interface cheap children's synthesizers from different manufacturers are usually standardized. 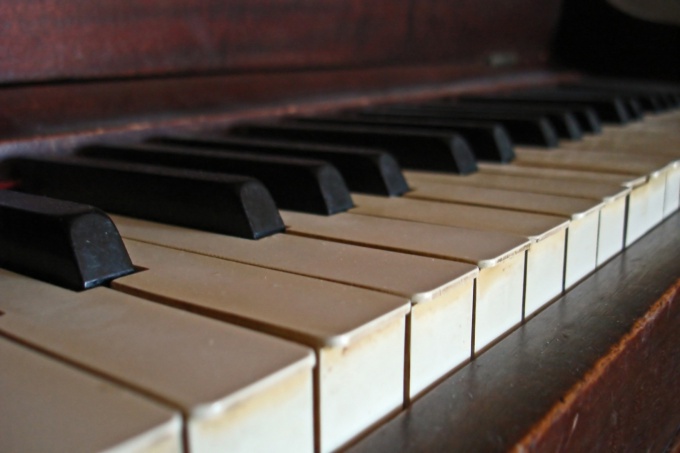 Related articles:
Instruction
1
On and off the synthesizer performs a mechanical switch (usually it's called "Power"). It included the provision corresponds to the illuminated led of the same name.
2
To adjust volume use the two arrow keys labeled "Volume".
3
To select virtual musical instrument use one of the eight keys with the names of the tools.
4
To select automatic accompaniment use one of the eight keys with the names of various rhythms.
5
To adjust the tempo of auto accompaniment use the two arrow keys marked as "Tempo".
6
In order to play the virtual percussion instruments, use the four keys with their names.
7
Pressing key labeled "Select" to select the operating mode of the above four buttons: either an imitation of percussion instruments, or the imitation of animals ' voices.
8
By pressing the key called "Record" switch on the record mode. Will light up the corresponding led. Play the melody, remembering that the memory of the tool is limited. Click again on the same key, and the led will turn off.
9
Press "Play". Will start playback of recordings. Keys Tempo will change the playback tempo. If during the recording were used the drums or the voices of the animals, press the "Select" and in the new playback they will sound in a different mode. Similarly, you can play the melody on a virtual instrument, and play it back using any other.
10
Remember that in normal mode, the synthesizer is a two-voice, recording and playback is monophonic. Automatic accompaniment is one of the voices. To record and playback. When power is turned off is made, the record is deleted.
11
If even the minimum volume will seem excessive, connected in series with a dynamic head resistor of about 100 Ohms and a capacity of at least 0.5 watts.
Useful advice
If your child complains that when you play the piano it is inconvenient to stretch the fingers of the hand, give him a children's synthesizer - the distance between the keys on it less.
Is the advice useful?
See also
Подписывайтесь на наш канал