How to turn on the projector

Computer videoprojector requires a more complicated procedure of turning on and off than a conventional monitor. From the lack of action sequences in this procedure may prematurely fail expensive projection lamp. 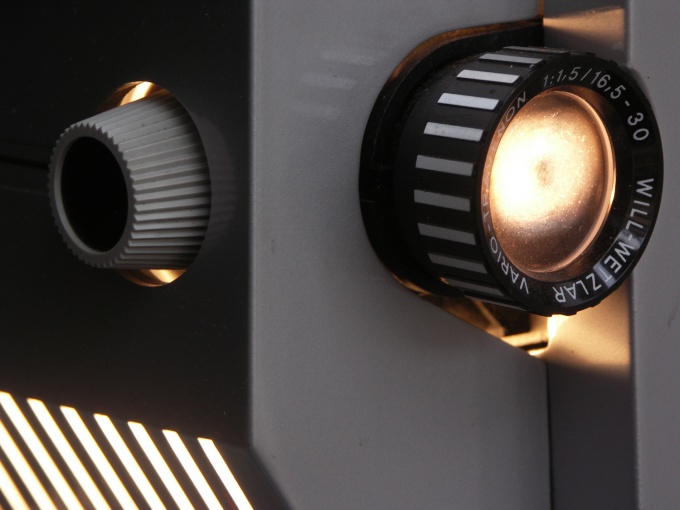 Related articles:
Instruction
1
Make sure that the computer, projector and monitor (if present) is disconnected from the network. Also make sure that the projector has the same interface as the video card of the machine (VGA or DVI).
2
If the computer is a desktop, unplug the monitor.
3
Connect the projector includes a supply cord to the computer's graphics card instead of the monitor. In fact, the projectore of the two identical connectors, choose the one designated as the "Computer in".
4
In the presence of the monitor, connect it to connector on the projectorand having the designation of "Monitor out".
5
Apply power to all devices. The computer and monitor turn on as usual. Please note that the projectore is exactly two-color led lights up yellow.
6
Remove the cap from the lens. Click on the projectorthe power button. Two-colour led remains yellow, but flashes. This means that run a sequence of automatic smooth warming projection lamp. At a certain stage of this sequence will turn on the fan, and then there was a soft splash screen with the name of the projector. When it becomes bright, two-color led will change to green and the unit will begin a circular search of the source until you find the computer. After that you will see on the big screen the same image as on the monitor.
7
If you have a laptop, you may need another procedure. Click on its keyboard shortcut used to switch between built in screen and monitor output. It is listed in the instructions, for example "Fn"+"F8". Usually the first press of the hotkey switches the output with the built in screen out, the second makes you work, and then another, and the third again only includes a built-in screen.
8
To adjust the size of the image, use the lever, and to adjust the focus ring near the lens.
9
After you have finished using the projectorand turn off the computer and monitor in the usual way. To turn off the projectorand click on the power control button twice. Starts a sequence of smooth cooling of the lamp, and a two-colour led flashes green. Only when he starts to glow yellow and smooth, the projector can be disconnected from the network. Then put on the lens cover, disconnect all power cables, and the monitor plug back to the computer directly.
Is the advice useful?
See also
Присоединяйтесь к нам
New advices