How to make the layout of the Church

The layout of the Church you can try to make from different materials. However, the layout of such a complex from an architectural point of view building to make the layperson it will be difficult. Therefore, it is best to use to build the layout of the temple is the most ordinary matches. 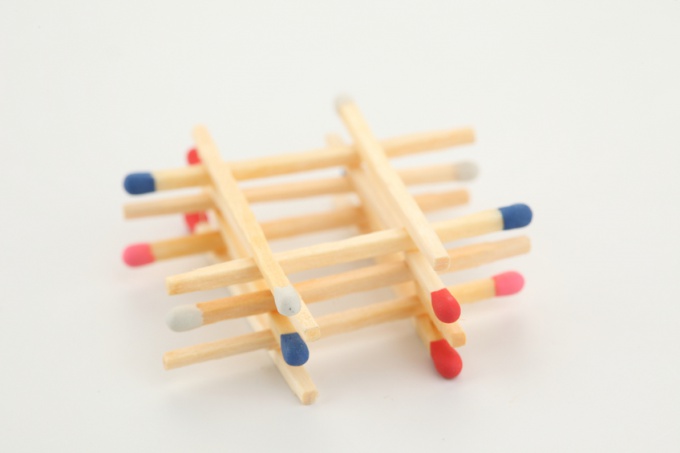 Related articles:
Instruction
1
For starters, stock up on matches: for a full model of the temple to take some. Before you begin the direct creation of a small Church, 22 make a cube of matches.
2
To make a cube, put in parallel two matches, the distance between them should be slightly less than the length of the matches. They put eight matches perpendicular. Next eight matches across to make a lattice. At the edges put on two matches: two to bottom, two on top parallel. So do eight rows in height. Then put eight matches, the same as in the base product. Six matches lay in the middle and secure the die with the coin placed on top. Four insert a match vertically in the corners of the cube. Squeeze the design to make it stronger.
3
When the basis is prepared, the side of each cube match, insert the match so that they were along the third row. In this case place them in ascending order and break off their excess length. Similarly, lay a match across the cube, given the same progression (3, 6,10).
4
Then pull up a match side to align them one next to the inserted matches. To detail was tighter, squeeze a match. After compression, the detail will with part of the roof. These items make four pieces, and the two should "look" the other way.
5
Parts of the roof connect to other parts. Next, connect the three cubes in height. The first workpiece connect with the matches and insert in the middle of the structure of the three dice, which you joined earlier. Squeeze the top to finish the roof of the two cubes.
6
Two dice on which you made the roof, connect with those cubes, which are located downstairs, as well as among themselves. Next, make two dice with the roof and attach them slightly higher. Now attach to each cube one at the bottom. Connect the two columns with each other and with others. Turned out the frame temple.
7
Build two towers of two cubes so that the top was the roof. Form the two sides of the window, laying their heads from the matches. Tower, pulling forward a little, attach to the edges of the Church. Similarly act and in the rear side of the temple. Next regular house hook up to the back of the Church. To do this push the match to the end and secure the house with their help
8
Can decorate the Church, adding a chapel, or to hang a bell.
Is the advice useful?
See also
Присоединяйтесь к нам
New advices