How to fold money in wallet

People often treat money as an animate substance, which requires reverent respect and tireless care. Not all of us are able to admit that they think that way, but it did not stop you just to fulfill some order in handling money. Developed over a century rituals are not complicated, so why not stick to them, keeping the money in the wallet? 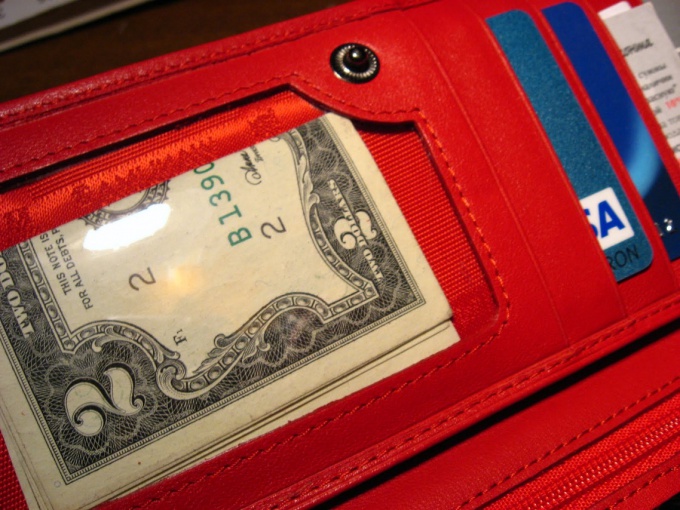 Related articles:
Instruction
1
For starters, pay attention to your wallet. To not be ashamed to store in it not just money, but big moneythat you earn, it needs to be beautiful and comfortable, made of natural materials. Give preference to the sturdy natural leather, the best "money" colors – red, brown, yellow, gray. The size of the purse should be spacious for the money to paper money can be placed in it without bending. The purse should be several compartments in which you can put money on the rankings.
2
The money put in descending order, starting with the large bills. They should be in the wallet first, face to you, his master. Face where caused a series of bills and number. Money should not be stored "upside down", this attitude is not like anyone. All bills must be deployed and carefully smoothed.
3
Detail keep in a separate pocket and also try not to carry it around in your pockets, just put them in the purse. In a secret compartment put the coin-a talisman, or first earned dollar bill. You can put a banknote in one U.S. dollar. It is drawn Masonic symbol of money – the pyramid and the eye. This "nest egg" will help you never leave a wallet empty, it's bad for money luck.
4
That money were carried out continuously, it is considered that they should take the left hand and give right. Busy money to give in the morning and preferably bills smaller than took. Notes do not give in the expanded form, before it they have to fold and stretch the folded ends forward.
5
Try, having earned the money to bring them home and not spend the first day on the way home from work. Money, especially large ones, needs at least overnight, sleep in your house "to get used". And psychologically, the next day you can make purchases more carefully, which will also help you to save your money.
Is the advice useful?
See also
Присоединяйтесь к нам
New advices