How to make sour cream thick

Regular sour cream from the store, no matter how fat she was, suitable for almost any uses other than the manufacture of confectionery. In order to make sour cream thick, for example for use as a cream for baking, it started to thicken. Not all the hand is a special thickener, but it can be done easily using common household ingredients. 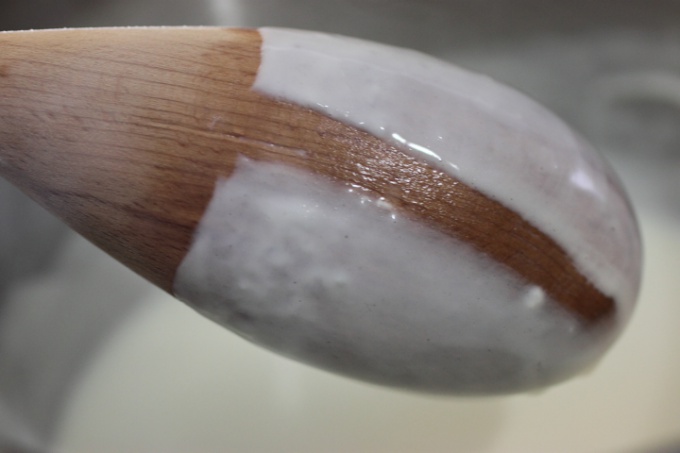 Related articles:
You will need
Instruction
1
Put sour cream in handy for stirring and heating capacity.
2
Heat the cream in a water bath or in a microwave oven to a state close to a boil.
3
Take one tablespoon of starch (without slides) and pour into the second tank.
4
Dilute the starch with cold boiled water. The amount of water should be equal to the amount of the sour cream. Carefully stir the liquid with a spoon so that the starch is fully dissolved in the water.
5
Constantly stirring the warmed sour cream, pour into it a thin stream of water with starch.
6
Mix thoroughly the resulting mixture with a mixer. If you thought that the cream was not enough thick, repeat the steps from step 2.
7
Cool the mixture before use.
Note
If you just pulled it out of the fridge, it should take a little time to warm up to room temperature. When heating sour cream should not boil. In any case, do not add a large amount of starch, even if You think that the sour cream too runny. Will have to throw out spoiled sour cream and start all over again. Add the starch little by little, carefully stir the ingredients to avoid lumps and evaluate the result.
Useful advice
In the shop You can buy special thickener for cream and use it instead of the starch. Thickener for cream too. Also a good thickener for cream is flour of any kind and varieties, the dry or condensed milk, large amounts of sugar. For mixing the ingredients is preferred to use a narrow bowl with high sides. If you use thickened cream as a sauce for baking, it before using sour cream mixture to cool better.
Is the advice useful?
See also
Подписывайтесь на наш канал