How to draw a pentagram

The pentagram (or pentacle) is a conformal five-pointed star, one of the oldest and most famous magic characters. In fact, it is a regular Pentagon whose each side of the constructed isosceles triangles. The pentagram is used in magic and religious directions and values have varied depending on this. But in General, symbolize the five natural elements, the pentagram means security and protection, the victory of the spiritual over the material, used as a mascot. 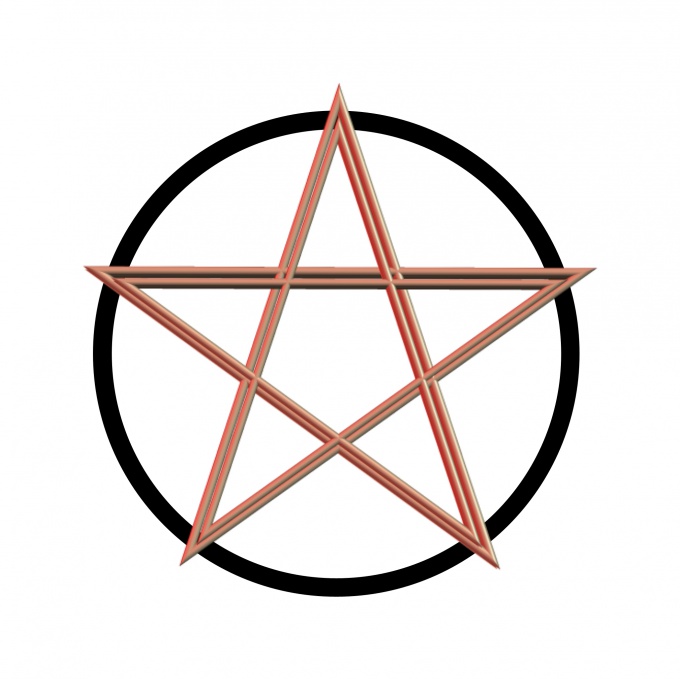 Related articles:
You will need
Instruction
1
The pentagram is sometimes called the "infinity knot" because it can be drawn without lifting a hand and never repeating the same line. Actually, the method of drawing the five-pointed stars several. It is believed that the creative stars are drawn in a clockwise direction, destroying against. Make a circle with a compass, then divide it into 5 sections starting from the center, so that the angles were equal to 72 degrees. Connect formed on the circumference of five points between them – you will get a Pentagon, then connect the vertices of the Pentagon lines. If you want to draw a pentagram without moving your hands, start with the lower left corner and move clockwise.
2
The second method. Construct a regular Pentagon by the method of the painter Albrecht dürer. A compass draw a circle, draw a diameter line, mark the center of the circle point O. mark on the circle the point a and the midpoint of the segment OA point. Swipe to the radius OA, a perpendicular from the point On, it will cut the circumference at point D. Put the compass on the diameter of the segment CE is equal to ED. Get the segment DC is the side of a Pentagon. Set aside five such segments on the circumference of the Pentagon is ready. Connect the corners with diagonals.
3
The third way. Using the figure of a ruler, draw a Pentagon, then along each of his sides draw lines, they are connected at points of intersection. Get equilateral triangles on sides of a Pentagon. Wipe off the excess.
4
To draw a pentagram in Photoshop (or another image editor), create a Pentagon using Polygon tool (U), to direct the stars – up angle. Create a new layer and using the Line tool connect all corners of a Pentagon. Five-pointed star ready. If desired, draw a line with a certain color.
Note
Inverted pentagram carries the opposite meaning and it means victory of the material over the spiritual, has a negative connotation. Although some well-known esoteric authors do not agree with the negative interpretation of the inverted pentagram.
Useful advice
It is believed that the sign carries the meaning that is invested in him draws.
Is the advice useful?
Присоединяйтесь к нам
New advices