How to cook tasty porridge

Of all the cereals oats is the most nutritious and healthy. Protein substances it contains about 13%. They represented proteins alaninom and venelina that contain all the essential amino acids and are therefore considered complete. The fat content of oats is the leader among grain - 6%. No wonder the British people are practical and sensible - made the oatmeal the traditional Breakfast. Love the oat porridge in Russia. 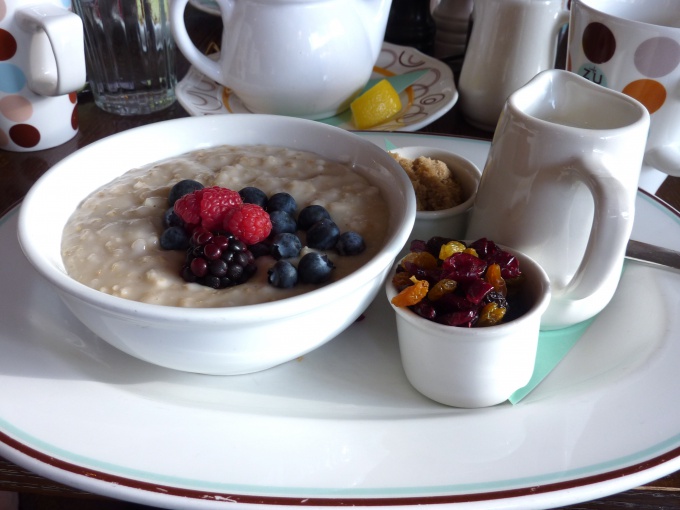 Related articles:
You will need
Instruction
1
Porridge from oat oat crupies parboiled broken grains cook viscous porridge, pureed soups and puddings. Uncrushed cereals are the duration of cooking to accelerate cooking used pre-soaking it in cold water for 1.5-2 hours. After soaking the groats first, recline on a sieve, and then boiled for about 2 hours.In order to cook porridge prepared in this way oats should be poured into boiling water and bring to boil. The pan remove from heat, cover tightly and leave for 2-3 hours for the swelling of cereals. Cereal then drain in a colander or sieve. Once the water has drained, place the grits into the boiling milk, add salt and cook over low heat, stirring, until thick.In hot porridge ready add butter, raisins and dried apricots.
2
Porridge of oatmeal "Hercules"Oat flakes "Hercules" produced from uncrushed oat kernel flour. It flattened out after steaming, peeled and dried grain oats.In the boiling milk (mixed with water), add salt, sugar, add oatmeal and cook , stirring occasionally, over low heat for 15-20 minutes. Thickened porridge to fill the butter and stir. Hot porridge put it on plates and add chopped slices of banana.Porridge can be served hot or cold, adding sugar to taste, jam, berries, milk.
Note
Do not buy the oatmeal or oat flakes for the future - unfortunately, the fats contained in oats is very unstable and because of them the grits in storage rapidly deteriorates and becomes rancid flavor.
Useful advice
Nutritionists recommend oatmeal for liver diseases, atherosclerosis, and diabetes.